When, at 22, the jewelry designer Beth Bugdaycay traveled to Istanbul to meet her new mother-in-law, she arrived with a request: that her husband’s mother teach her a few family dishes. “I think sharing a family recipe with another person is very personal,” says Beth, now 47, who co-founded the jewelry company Foundrae with her husband, Murat, in 2015, and lives with him and their two children above their TriBeCa store. “Learning hers was a way to show that I respected her family and her culture, and that I was committed to keeping those traditions alive with her son in New York.”

The Bugdaycays’ kitchen, which Beth and Murat designed, along with the rest of their duplex, in 2016, delivers on that promise: Beth calls it the “heartbeat of our house.” Here, the couple cooks primarily Mediterranean food, including many recipes drawn from the repertoire of Murat’s mother, Beser (whom everyone calls Hatice). One of Beth’s favorites is a dish of stewed green beans and tomatoes, called Ayse Kadin Fasulye in Turkish. It’s also an apt representation of the style of cooking she learned all those years ago in that it’s stripped down and incredibly fresh.

It’s not just the recipe that connects her to Murat’s family, but the process. Before she does nearly anything else, she sits in the nook-like booth in her kitchen to string the beans. “I love that it feels traditional,” says Beth, “reminiscent of a simpler time. I know that for Murat, whenever he sees me doing that, it’s very romantic for him. It makes him feel that we have a real home.” Not that the couple has always agreed about just how that home would look. When they were designing the kitchen, they had to balance Murat’s desire for tidiness with Beth’s love of collecting. (Her friends, she says, might call it hoarding.) The solution was storage, and plenty of it. Along the kitchen’s walls, smooth panels of wood open to reveal endless shelves set with a myriad serving pieces and other kitchen accessories she’s acquired over the years, from a silver tea strainer, a gift from her parents, to her great-great-grandmother’s china, to a midcentury bottle opener shaped like a fish. She’s the sort of person who might find herself with a cut-glass shrimp dish but no cereal bowls.

“I was raised collecting things,” says Beth, who, as a child in Texas, would take weekend outings with her family to antique fairs and the Salvation Army. Her grandmother (whose middle name was Rae, hence the second part of her business’s name) made folk art out of vintage quilts, and once sent an angel to Bill Clinton, who set it atop the White House’s Christmas tree. For Beth, the spiritual power of objects — whether inherited or happened upon — has inspired her own craftsmanship. She considers her designs to be modern heirlooms themselves: part talisman, part uniform. (Among the rings she barely ever takes off are a stack of Foundrae’s thin gold bands: one each to represent karma, strength and passion.) For her, each of her kitchen items is similarly imbued with meaning. “I’m a big eBay shopper, but nothing here was bought online,” she says. “Shopping for this room tends to be a more emotional experience — I have to feel some real, heartfelt attraction.”

These treasures are most often unearthed on weekends, when the couple has more time to prepare family meals. Murat grills on their balcony year-round, usually sticking to simply dressed meats, while Beth favors salads and vegetables. When it comes to Hatice’s green beans, she likes to cook them down until the beans are dark and tender and the chunks of onions — which she keeps on the larger side so they won’t make her cry — disappear into the rich tomato sauce. And, just as her mother-in-law taught her, Beth measures in teacups, not teaspoons.

1. Remove the strings from your beans.

2. Heat the oil in a wide pan with a lid over medium heat. Meanwhile, set a pot of water to boil, and prepare an ice bath. Add the onions to the pan and cook until they begin to wilt, then add the crushed garlic. Cook until the onions and garlic are soft, stirring regularly and making sure they don’t burn. If they start to brown, turn down the heat slightly.

3. Meanwhile, cut an “x” in the top of your tomatoes then place them in the boiling water. After one minute, drop them into the ice bath and let sit until cool, then remove the skins and roughly chop the flesh.

4. Add the tomatoes, tomato paste, sugar and smoked salt to the onions and garlic in the pan and stir to combine well. Add the beans and water, then cover the pan and simmer for 40 minutes on medium low. Turn off the heat and let the beans rest until they come to room temperature.

5. Transfer the beans to your favorite platter, then drizzle with olive oil. Serve with yogurt on the side.

Fri Oct 2 , 2020
Byredo Makeup (Photo: Bohman+Sjöstrand/Byredo) In the wonderful world of Byredo Makeup, lipsticks rise up like futuristic skyscrapers and undulating, oyster-shell compacts pop open to reveal rows of glimmering eyeshadow. Considering the cult fragrance brand’s famously minimalist aesthetic, it seems like a departure at first glance. But as you pick up […] 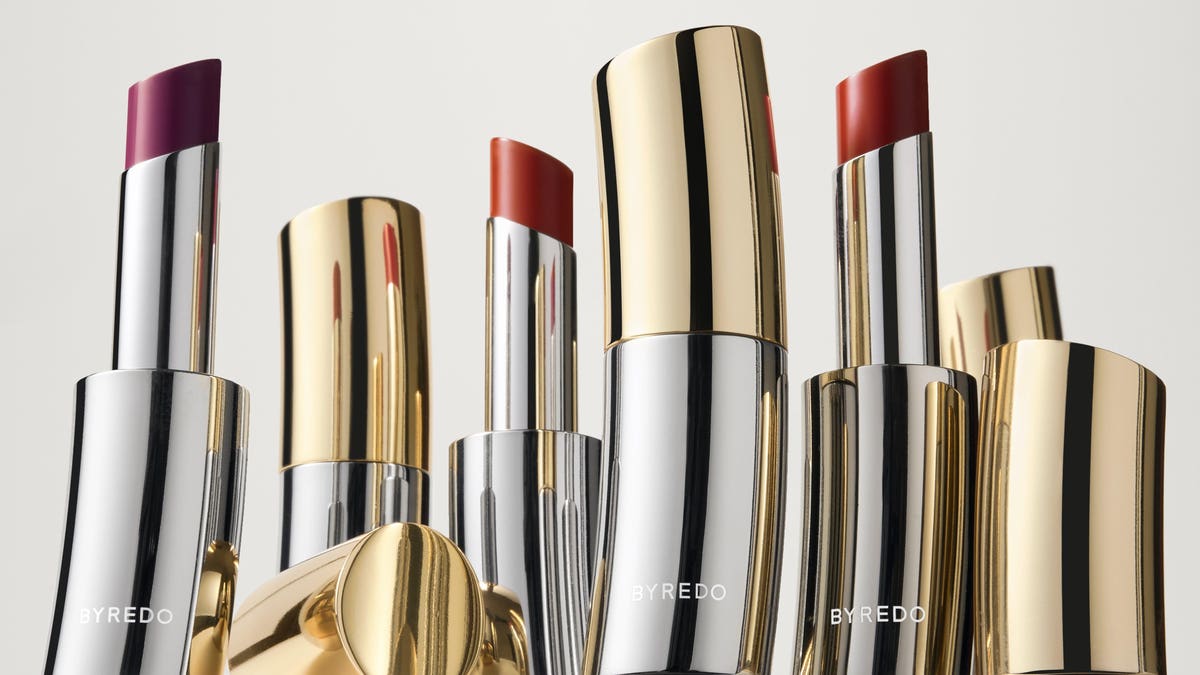