Starz dropped by New York Comic-Con today to reveal the first trailer for American Gods season 3. The series, adapted from Neil Gaiman‘s novel, stars Ricky Whittle as Shadow Moon, a man who gets drawn into a war between the Old Gods and the New Gods by his crafty father, Odin (Ian McShane).

American Gods has enjoyed what could charitably be called a…turbulent ride so far. Show creators Bryan Fuller and Michael Green departed after season 1, and season 2 was mired in constant controversy as to who was actually running the ship. A lot of the panache left along with Fuller and Green, but the cast remains extremely committed to the show’s dreamlike vibe, and each episode is usually good for at least one visual wonder. This looks to be the same in season 3, as the show moves into one of the book’s most controversial passages: Shadow settling the hell down in a sleepy, snowy town to avoid his destiny. Confirmed: Ricky Whittle wears the crap out of a snow jacket.

Check out the trailer below followed by two new images from season 3. American Gods returns to Starz in early 2021. For more trailers out of NYCC, here’s a new look at CBS All Access’ Stephen King adaptation The Stand.

Here is the official synopsis for American Gods season 3:

“American Gods” is the epic story of an inevitable war building between the Old Gods of mythology and our New Gods of technology. Whittle stars as ex-con Shadow Moon, a man pulled into the service of the mysterious Mr. Wednesday, played by Ian McShane (“Deadwood”, John Wick) — only to discover that not only is his charismatic but un-trustable boss actually the Norse All-Father god Odin, he’s also…Shadow’s father.

In Season 3 Shadow angrily pushes this apparent destiny away, and settles in the idyllic snowy town of Lakeside, Wisconsin — to make his own path, guided by the gods of his black ancestors, the Orishas. But he’ll soon discover that this town’s still waters run deep, and dark, and bloody, and that you don’t get to simply reject being a god. The only choice — and a choice you have to make — is what kind of god you’re going to be.

Sun Oct 11 , 2020
A LIMERICK woman who designs jewellery as a sideline has now nearly 5,000 people on a waiting list for one of her necklaces, thanks to none other than the Duchess of Cambridge, Kate Middleton. Every one of the jewellery pieces on Aisling O’Brien’s site, All the Falling Stars, have sold […] 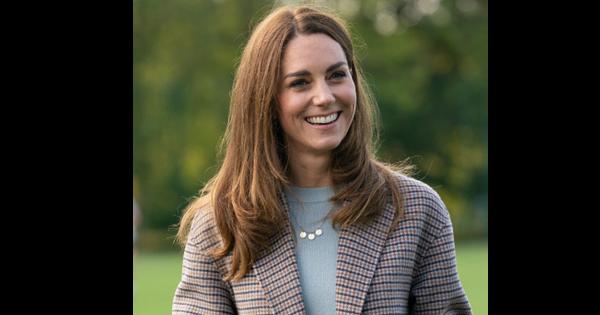