Indian actress and former beauty queen, who is in Dubai this week to promote a jewellery brand, claims that actors are increasingly becoming soft targets in India.

“I wish our politicians would talk about the Indian economy which has fallen down terribly. Why are they talking about Bollywood alone? The work of politicians should be to tell us how they help their country grow as a nation. They should be thinking about their economy and their people’s needs,” said Rautela in an exclusive interview with Gulf News.

Ever since the death of actor Sushant Singh Rajput, the spotlight has been trained on the issue of substance abuse among movie idols and the toxic working culture of Bollywood — which many believe pushed Rajput into suicide on June 14.

Rautela, who is in the UAE to promote the Versace fine jewellery collection, claims she finds the negative narrative around Bollywood deliberately spiteful.

“I could never think of talking against Mumbai or Bollywood. So whatever is happening is quite unfortunate … Bollywood as such is a creative space filled with actors who are very emotional and sensitive,” said Rautela, 26. The actress from Delhi has also faced her share of scandals and negative press. From being accused of pursuing top Bollywood actor Hrithik Roshan to being accused of copying Taylor Swift’s gown, it hasn’t been all pretty for the self-made star.

Her credits include the romantic comedy ‘Virgin Bhanupriya’ streaming on Zee5 and her upcoming film ‘Black Rose’, filmed entirely during the COVID-19 lockdown. For those wondering, Dubai was her first international travel since the lockdown came into effect in India.

After our interview with Rautela at her suite at the Hotel Versace, here’s her take on …

Actors facing an uncertain future due to COVID-19

“I am more than just an actor. I am a humanitarian and I run my own foundation. I also endorse many brands and I have always kept my avenues open 360 degrees. I sing as well and unlike some top actors who are not comfortable with dancing or doing dance shows, I am good with both… My film ‘Virgin Bhanupriya’ on Zee5 did incredibly well and people loved my performance in it … During the lockdown, I did a series of virtual dance masterclasses charity fund-raiser and I was able to donate Rs5 crores [Rs50 million, Dh2.5 million] towards Covid-19 relief.

“At no point did I feel I had nothing to look forward to. For instance, my upcoming film ’Black Rose’ was a film shot entirely during the lockdown in Hyderabad. The entire film has just one character and my character is based on Shylock from William Shakespeare’s ‘Merchant of Venice’. I wore one outfit throughout the film. There’s a lot of pressure there, but I am looking forward to its release.”

Bollywood being perceived as a tainted industry filled with nepotistic, drug-abusers

“There’s a lot of negativity surrounding Bollywood right now … But Mumbai is a city that I will always love. Mumbai has given me my name, my identity and I worship this city. Mumbai. I deeply respect it…. But I wonder why some news channels are just trashing some people in Bollywood in the name of exposing them and I am not comfortable watching such ‘news’ … Bollywood has now become a soft target even though there are very important topics which needs to be talked about. But those aren’t being covered by Indian news channels … Shouldn’t we also be concerned about important topics and not just be concerned about petty ones?

“They are talking about drugs in Bollywood but why aren’t they talking about catching those drug peddlers, too? I am not OK with stars having it [drugs] and I am against it totally. But if the news channels are covering the drug use, they should also cover the angle of drug suppliers. My biggest problem is that they only showing drug use in Bollywood 24/7 and that’s not acceptable. They should also focus on other areas like the issues that our country is going through. As an Indian citizen, what should we do to improve as a nation should also be addressed.”

“We actors work so hard at least 16-17 hours … For instance, I had a magazine photo shoot at the Bab Al Shams resort yesterday and I was dressed in an outfit weighing at least 15-20kg. I had to be deep in the desert, facing the scorching 50 degrees something heat in some very high heels. It was tough. Many are now underestimating the work that goes into being an actor. While we have access to several luxuries in life, we rarely get the time to enjoy it … For instance, all my maids get to enjoy my house in Mumbai. I am rarely there. We spent so much time and money making it a dream house, but we rarely get time to stay there.”

“I do relate to him. Like me, he was an outsider and he did his engineering just like me. I was following all the news closely at some point, but then I had to start shooting for ‘Black Rose’. And, I couldn’t keep up with all that news and I wasn’t sure what news to trust because there were some fabricated news being run as well. And, then there came a point when I just stopped reading or watching news about it. The case has gone for three or four months with new names and conspiracy theories cropping up every day.”

Being given a raw deal when compared to star kids

“The dynamics of Bollywood has changed dramatically because of Covid-19 outbreak … And, I am not comparing us and I love Alia Bhatt, but my film ‘Virgin Bhanupriya’ was rated better and higher on IMDB by viewers than her film ‘Sadak 2’ or ‘Khaali Peeli’ [starring Ananya Pandey and Ishaan Khatter] that just released … Media tends to place star kids on a higher level and they are quick to appreciate their fashion sense, their performances as actors and rarely find anything negative about star kids to write about. They tend to compliment them again and again. But if an outsider does a misstep, they will be targeted for the slightest mistakes they make. Even if there’s nothing wrong, they are treated as objects and are talked bad about with ease. Perhaps, it helps with TRPs. Have you ever seen bad news being telecast about a star kid? A lot has to do with media perception.”

Gossip news or scandals that have rocked her life

“I have high regards for talents like Hrithik Roshan, Zayn Malik or Justin Bieber because I love the work they do and they are extremely professional with the awesome work they do … It’s hurtful when they linked me to Hrithik Roshan but my PR team advised me not to react to it. Think about it? Why would I call him at 3am? I go to bed by 11pm everyday. Obviously, these blind items [gossip articles] hurt you and you may never show it to your team. But it keeps affecting you deep inside… If they question your character, then it demolishes you. As an actor, we are creative, sensitive and very emotional … So when someone writes something bad about you, it deeply hurts you and pinches you.”

The charge that she courts controversy to remain relevant

“There were a series of fake articles about me at one point … I was conflicted whether to tweet about it or to confront it. But my PR team advised me against it. I firmly believe that such articles are never carried out about star kids … I don’t think any actor needs to court bad publicity to remain relevant. Why should I? I am getting some very good roles, so why should I stoop to that? I am a Miss Universe winner and I am recognised in India, Pakistan and across the globe … A few actors may believe that even bad press is good press, but I don’t fall into that category … At the end of the day, I need to get married and I am an Indian girl at heart. My mom got married at 18 and they all want me to eventually get me married. They keep sending me proposals.”

Urvashi Rautela thinks she doesn’t have the strength or will to survive a reality show like ‘Celebrity Big Brother’, even though she was offered to participate in it.

“I was offered it … But I just couldn’t do it. I am too emotional and creative a person. I love designing and love choreography and that’s my space,” said Rautela.

Tue Oct 6 , 2020
Yahoo Lifestyle is committed to finding you the best products at the best prices. We may receive a share from purchases made via links on this page. Pricing and availability are subject to change.    While the options for beauty advent calendars have vastly expanded in recent years, many of […] 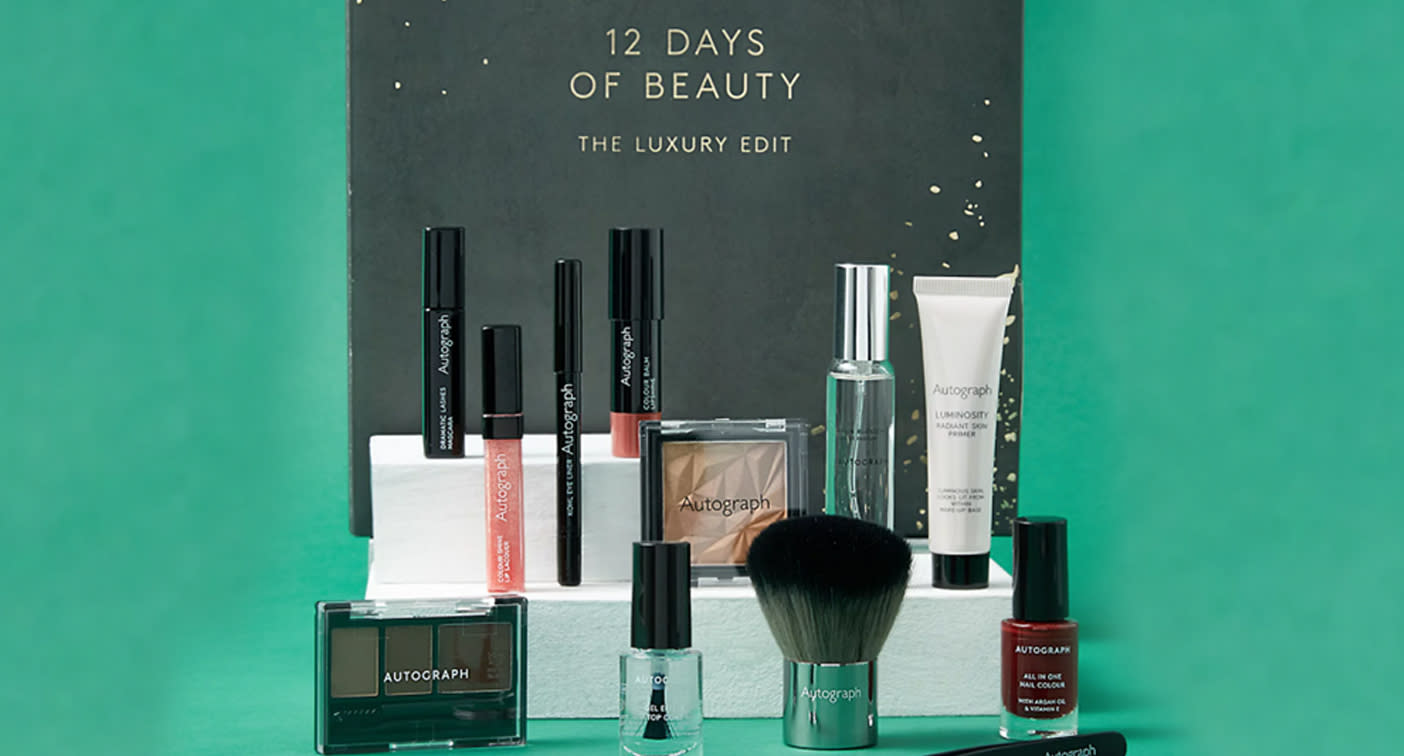