Responding to a story that reported that hundreds of corporations, special interest groups and foreign governments seeking benefits patronized Trump Organization properties in recent years, the president’s son argued Sunday that the groups represent a small proportion of their business and that his father has not benefited monetarily from his office.

© Mandel Ngan/AFP via Getty Images
Eric Trump attends a French-US ceremony at the Normandy American Cemetery and Memorial in Colleville-sur-Mer, Normandy, France, on June 6, 2019, as part of D-Day commemorations.


“We’ve lost a fortune. My father lost a fortune running for president. He doesn’t care,” Eric Trump, an executive vice president with the Trump Organization, said on ABC’s “This Week.” “He wanted to do what was right. The last thing I can tell you Donald Trump needs in the world is this job.”


MORE: Powered by trust on the pandemic, Biden leads by 12 points nationwide: POLL

The comments come a day after a New York Times story reported that President Trump “transplanted favor-seeking in Washington to his family’s hotels and resorts — and earned millions as a gatekeeper to his own administration.” The article, citing the president’s tax records, reports that of the hundreds of individuals and entities seeking favor, “60 customers with interests at stake before the Trump administration brought his family business nearly $12 million during the first two years of his presidency.”

“Almost all saw their interests advanced, in some fashion, by Mr. Trump or his government,” the news story continued.

ABC News has not viewed the president’s taxes and cannot confirm the Times’ reporting.

On “This Week,” Eric Trump echoed his father’s rhetoric calling the story “fake news.” He also implied without evidence that the report — one of several in the past two weeks concerning the president’s finances — was timed to hurt his reelection campaign.

Pressed by ABC News Chief White House Correspondent Jonathan Karl about the president’s debt, which the Times reported as more than $400 million, Eric Trump characterized it as commonplace for someone with his level of wealth in the real estate industry. He also misleadingly claimed that all of the president’s lenders are publicly known.

“It’s in his financial disclosures,” Eric Trump said, referring to the annual reports the president is required to issue under federal ethics regulations that do not list all of his creditors. President Trump has not voluntarily released his tax returns, as other past commanders-in-chief and candidates for the office have done. “You know exactly who the money’s owed to … my father is worth billions of dollars, and on a proportion of his net worth, my father has very, very low leverage.”

Video: Ballot Watch: Where you can still register to vote (ABC News)

Ballot Watch: Where you can still register to vote

“If you own buildings, if you own real estate, you carry some debt. That’s what developers do, that’s what business owners do, they carry some debt,” he continued. “We have a phenomenal company, but there’s nothing new about that, and by the way, it’s the same debt that he got elected on.”

In the interview, Eric Trump also responded to the president’s refusal to participate in a virtual debate this coming week, as planned by the Commission on Presidential Debates following the president’s COVID-19 diagnosis and subsequent hospitalization. The debate was canceled as a result and it is not immediately clear what format the next, and potentially final, scheduled debate will take in two weeks.

“My father wants to stand on stage with his opponent. That’s how debates have been handled in America for the last 200 years, you’ve stood there and you’ve debated somebody,” Eric Trump said, despite the fact that John F. Kennedy and Richard Nixon debated on-camera from opposite coasts, appearing on television in a split-screen in 1960.

“My father doesn’t want to do it over a glorified conference call,” he continued.

Karl noted that several members of the Trump family, including Eric and his siblings, defied protocol by watching the first debate maskless. Second lady Karen Pence also appeared at this past week’s vice presidential debate without a mask.

“Given the concerns now, will you commit that the Trump team will abide by those safety precautions that the commission put in place at the next debate?” Karl asked.

“I’m happy to wear a mask,” Eric Trump said, going on to accuse Democratic nominee Joe Biden of backing out the debate — another mischaracterization. It was the commission that announced the plan to hold the second event virtually, and the president who chose not to participate. The Trump campaign said the president would also be willing to attend two more debates if they were each postponed a week to allow for an in-person format, but the Biden campaign rejected the idea.

On Saturday, the president’s physician, Dr. Sean Conley, issued a memo stating that the president “is no longer a transmission risk to others” and “the assortment of advanced diagnostic tests obtained reveal there is no longer evidence of actively replicating virus.” It remains unclear whether Trump has tested negative.

The memo came hours after the president delivered an address resembling a campaign speech from the White House South Lawn. The administration called the event a “peaceful protest for law and order,” which Eric Trump echoed on “This Week.” The president heads to Florida Monday to restart official in-person campaign events with a rally in Sanford.

As the president prepares to return to the campaign trail, Karl challenged Eric Trump about his father’s rhetoric following the vice presidential debate in reference to Biden’s running mate, Sen. Kamala Harris, D-Calif.

“Vice President Pence, when he debated Kamala Harris, said it was a privilege to be on the stage with her, recognized her history-making pick as Biden’s running mate. And then the next day your father said that she was a monster,” Karl said, referencing comments the president made on Fox Business Thursday. “Why? How is Kamala Harris a monster? Why did he say that?”

“Well, you know, there are a lot of stances that she takes are just — they’re mind-boggling to me,” Eric Trump responded.

“But political differences are one thing. A monster? You’re calling the Democratic vice presidential nominee a monster. Your father did,” Karl pressed.

“You know, you’re also dealing with a person who is willing to lie every single day,” Eric Trump claimed, going on to misrepresent Biden and Harris’ position on law enforcement funding.

Mon Oct 12 , 2020
Yoon Ahn nibbles on a vanilla cracker in her Tokyo studio as we catch up over Zoom. Sporting a blue bomber jacket, gold hoops and a bleached-blonde high ponytail, she pinches the foil packaging with her signature long, pointed gel nails. “I’m really sorry but I just need some […] 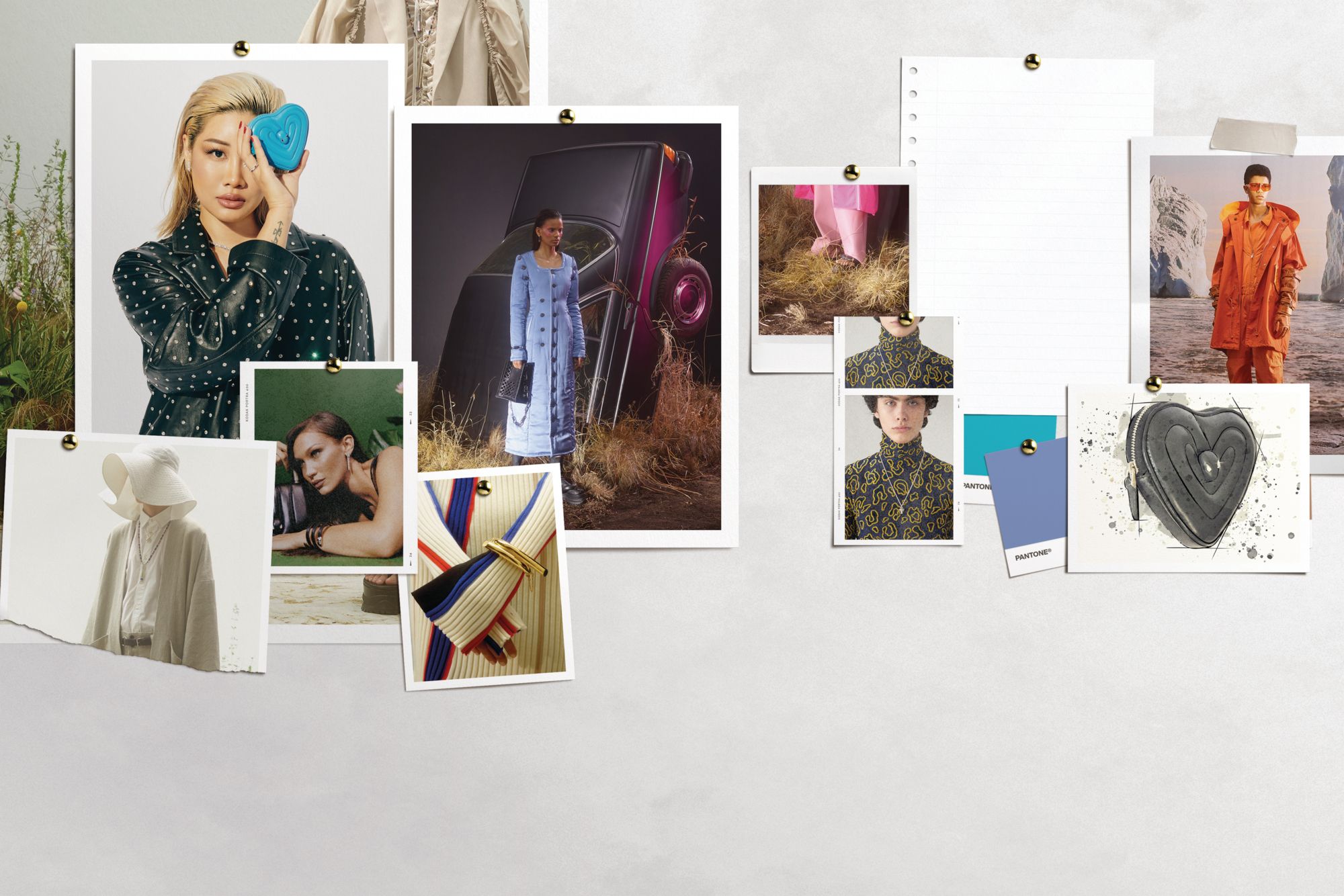