Johnny “Crusher” Jackson took the unusual step of writing to a federal judge recently to thank him for releasing him from prison.

Jackson, who was once in the inner circle of Gangster Disciples founder Larry Hoover, told U.S. District Judge Harry Leinenweber he’s making the most of his freedom. He said he and his wife have a construction business, a nonprofit organization to help the underprivileged and a clothing line.

But it appears Jackson hasn’t completely turned his back on his past. The brand name for his sweatshirts and T-shirts — Gentlemen of Distinguished Nature — stands for Gangster Disciples Nation, according to prison officials.

Jackson was freed in November under the First Step Act. His thank-you note to the judge was filed into the court record Monday.

“I have worked tirelessly to make good on the promises I made to my wife, pastor and numerous others who are counting on me to make something positive of my life,” Jackson wrote.

The First Step Act, a federal law signed by President Donald Trump in 2018 with widespread support, allows prisoners to ask for reductions in their sentences based on changes in drug laws that reduced the penalties for selling crack cocaine. Jackson’s 100-year sentence was slashed to 20 years, and he was freed because he’d served much time in prison.

Jackson, 48, and dozens of other Gangster Disciples, including Hoover, were convicted in the 1990s in a federal investigation that targeted the gang.

A handful of other Gangster Disciples who were sent to prison in the same case also have been freed under the First Step Act. Hoover is waiting for Leinenweber to decide if his life sentence will be reduced.

While in prison in Colorado in 2015, Hoover got in trouble for “gang activity” during a recorded phone conversation in which he discussed Gentlemen of Distinguished Nature and said “the acronym for this clothing line is GDN, the same acronym utilized by the Gangster Disciples Nation,” according to a prison official’s memo.

“They then discuss the clothing line and the issues that arose in their attempts to solidify the company. Hoover uses personal stories of when he had a clothing line Ghetto Prisoner on the street and how he was able to turn a profit,” the memo said.

The person on the phone with Hoover wasn’t identified.

“It is believed that inmate Hoover is attempting to run, control and guide the actions of the GD organization from inside of the ADX,” a prison official wrote, referring to the super-max in Colorado. “Through the visiting room and the gang facilitators . . . it is clear they are trying to check on several GD-related topics as well as seeking explicit direction from inmate Hoover.”

The memo didn’t identify the visitors.

Hoover’s commissary privileges were restricted for a month. He objected to the punishment, saying in a handwritten letter that he wasn’t discussing illegal business, only chatting with “rehabilitated citizens” who “gave up crime, gone straight and are contributing to society.”

Prosecutors have said Hoover’s gang had pulled in as much as $100 million a year in drug proceeds in the 1990s.

At the time, Jackson was one of Hoover’s confidantes and one of the gang’s half-dozen most powerful members, according to prosecutors. The men were among 39 defendants in a drug-conspiracy case. Leinenweber presided over the trial.

Jackson’s note to Leinenweber, dated Sept. 22, asked the judge to take a look at the websites for his projects, including his clothing line. Jackson listed the web addresses in an attachment.

“Hopefully, this will serve to remind you how amazing the power of clemency can be in offering new beginnings to those who would relish the opportunity to make the best of a second chance,” Jackson wrote.

The website for Gentlemen of Distinguished Nature includes Jackson’s motto: “We’re not just building a brand, we’re building a legacy.”

The site doesn’t mention the Gangster Disciples or Jackson’s personal story, just that his clothing is “a sophisticated take on urban and pop culture.”

His lawyer Andrea Gambino declined to discuss the name of Jackson’s clothing business but said of the letter: “I think this is a good gesture for him. Judges should know when people are doing well as much as when they’re doing badly.”

How Princess Eugenie made her own personal baby announcement

Thu Oct 8 , 2020
From Cosmopolitan This morning, we discovered that Princess Eugenie is pregnant, expecting her first baby with husband Jack Brooksbank next year. The news was shared officially on social media by the official royal family account, with a sweet photo of Princess Eugenie and husband Jack on their wedding day and […] 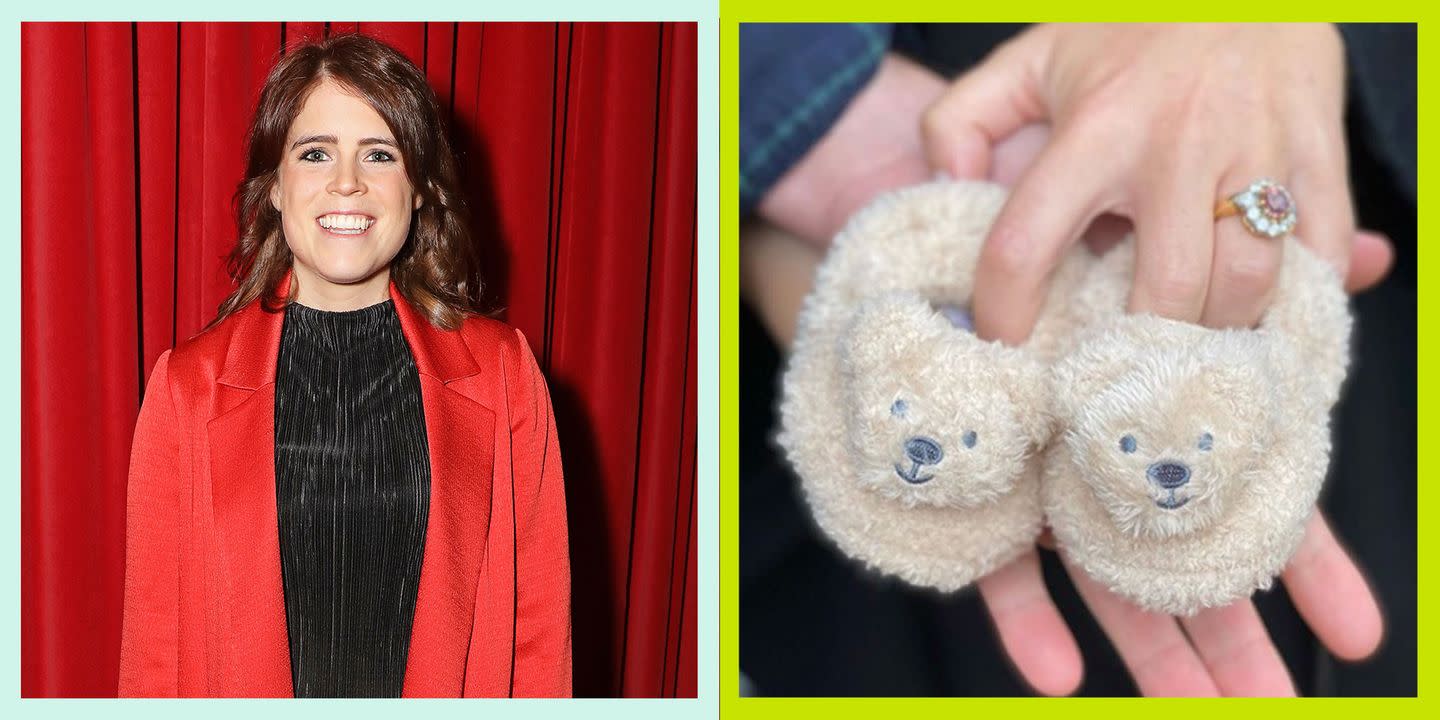