Fernando Jorge is one of today’s most talented independent jewelry designers. His collections are tightly edited, each focusing on a singular theme that he brings to life in an abstract way. Few designers can maintain such a restrained approach to design, which is why Jorge has made such a name for himself in just a decade in business. Clients love his bold designs, that are at once architectural and organic, with sensual, fluid lines and sensational stones. This month, Jorge launched his newest collection, Flame, which meditates on flickering fires in all its forms. Each piece bears the name of a different type of flame, including Beacon, Blaze, Fire, Flame, Flare, Flicker, Gleam, Ignite, and Kindle. Jorge describes his inspiration by saying, “My process is very consistent throughout all of the collections. I prefer to design and operate in an evocative way, not so much a figurative way. My inspirations tend to be filtered down to a force of nature, a very undeniable element of the world without human interference. So we talk about Fluid, Electric, Fusion, Stream, Brilliant, they have a mood, and what I tried to express with Flame was a more energetic mood.”

The collection focuses on jewelry in 18K yellow or rose gold, and the pieces that have gemstones feature pear-cut stones, which is what originally sparked the idea for the collection. Jorge says, ”The Flame idea really came from placing a stone at an angle alongside the face when designing earrings. I was really drawn to that, then understanding how that links to jewelry motifs from the past, like leaves or paisley motifs, jewelry from the 30s, the 40s, and trying to reenergize that and do a different interpretation of that. The idea of flame expanded from this flattering, uplifting silhouette.” Jorge honors his Brazilian heritage and his countrymen’s craftsmanship in the choice of stones. The precious gemstones include emerald, Paraíba tourmaline, rubellite, and imperial topaz, which he describes as all gemstones characteristic of Brazil. He also features minerals in some pieces. “There’s a small segment with minerals and quartz. Amethyst, rose quartz, citrine — these are famously Brazilian minerals, things as  child I would collect and buy at souvenir shops. So, I wanted to bring that into part of the collection, in a part that I find very special, the pieces that we call Gleam. These pieces have carved crystals placed on polished gold, so they are more of a symbolic flame, as well as a nod to the Brazilian craftsmanship of stone carving and these minerals that I really like.”

The Flare rings are particularly evocative of flames, especially the version with rubellite, imperial topaz, and diamond. The stones immediately call to mind a climbing fire, as the stones change in color and size, flaring into larger rubellites at the top. Jorge says, “It was the stones and movement that started the collection, so the idea of placing stones on the earlobe in that direction led me to design the structure of a ring with a twisted structure. I love the way the rings wrap around. They look suspended and they look very dynamic, but it’s actually super comfortable because the stones stop at the right position.”

There are a series of pieces that are only gold, which is only the second time Jorge has included plain gold pieces, which he says he has been missing. The Flame necklace has an incredible structure that allows it to gracefully drape over the wearer, and like a watch bracelet, its length can be adjusted by removing links. The collection also includes a high-jewelry suite, High Flare, which features 18K white gold and diamond. The bracelet is the most valuable piece Jorge has ever created.

Today, it seems like the news is constantly filled with stories of out-of-control fires ravaging different parts of the world, and Jorge notes that as he was designing the collection he felt like he was surrounded by flames in his travels, first in California, then in Colorado, and finally in New Zealand while the Australian Bush fires were burning. It really made him think, both in designing the collection and in considering his business, about what he could do as an independent designer. Jorge says, “I decided to think of flames as a transformative force, as a wakeup call,” which is why he is donating a percentage of sales to protecting and reforesting the Amazon rainforest. The collection is currently available on Net-A-Porter and will be available on Fernando Jorge’s website when it launches e-commerce in mid-October.

Sat Oct 3 , 2020
Exciting eye makeup is having a major moment right now, and it’s not just because the need for face masks has exponentially increased the importance of “the smize” as Tyra Banks would put it. With beauty influencers spending more time at home, creating makeup looks just to wear in their […] 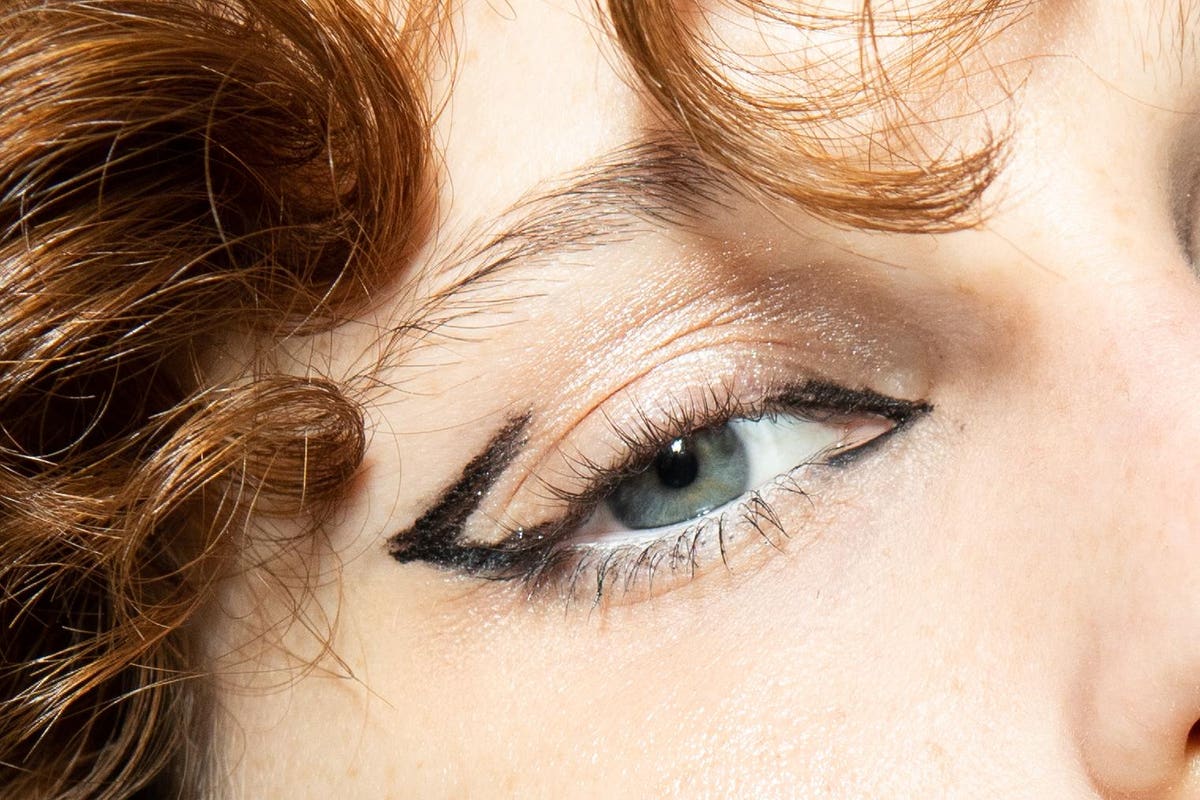