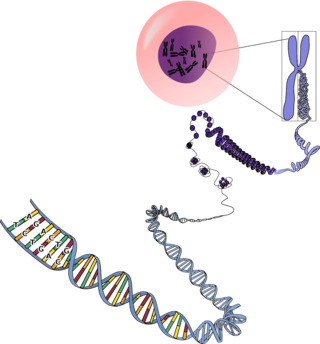 Waking up this morning to news of the much deserved Nobel Prize win for Emmanuelle Charpentier and Jennifer A. Doudna “for the development of a method for genome editing” confirms the importance of their work, and raises implications regarding the future of genome editing, and perhaps all life on Earth.  On a more mundane, but still very significant level, awarding the prize to Charpentier and Doudna, without inclusion of some of their scientific rivals, has implications for the longtime dispute over credit for the ability to modify genomes with unprecedented accuracy and efficiency.  In particular, the prize was awarded for the discovery of the so-called CRISPR/Cas9 mechanism for genome editing, enshrining this groundbreaking scientific development among the greatest biological methodologies ever developed.

First of all, what actually is CRISPR/Cas9?

Here are the basics: CRISPR stands for “clustered regularly interspaced short palindromic repeats” and together with the CRISPRassociated protein (CAS) and a so-called “guide RNA”, it is used to edit the genome.

The genome is all the DNA in a cell, and generally this DNA is in the form of genes that are expressed as the proteins which actually form the structures and do the work of life.  RNA is an intermediate between DNA and proteins.  The normal process of gene expression is when DNA in genes is transcribed into RNA which is then translated into a specific protein.  This is referred to as the “central dogma of molecular biology” and succinctly describes how genes are expressed as proteins, and how pretty much all life on Earth functions.

There are alternatives and variants to this overall process, and mechanisms that employ or exploit different aspects of molecular biology.  CRISPR represents an atypical way of permanently altering the genome and although the natural process that gave us CRISPR evolved as a defense mechanism that bacteria can use to prevent being infected by so-called bacteriophages (viruses that infect bacteria), the naturally occurring process is now being harnessed to alter all types of genomes, including our own.  Introducing a correctly designed guide RNA identical to part of a gene you want to target for disruption to a cell in the context of the appropriate CRISPR/Cas9 components will result in removal of the target gene.  It can be that simple.

Awarding the Nobel Prize to Charpentier and Doudna confirms the seminal importance of their pioneering and foundational work.  Although many other researchers have contributed to critical milestones in this ongoing story of discovery and invention, Charpentier and Doudna have been recognized for their roles in understanding the mechanism responsible for the naturally occurring biological process behind CRISPR-mediated genome editing, as well as for some of the first biotechnological developments in this area.  There are many many different CRISPR-based technologies being developed and commercialized in areas ranging from food science to medicine, and beyond.

CRISPR-based gene therapies are already being developed that could delete disease causing mutant genes from people suffering from painful and fatal conditions.  Furthermore, CRISPR can be used to precisely modify the genome of other organisms, for example to inherently protect crops from pests, improve yield, or other characteristics.  Importantly certain applications of CRISPR to food crops have been spared the regulatory issues subjected to some Genetically Modified Organisms (GMOs), as the US Department of Agriculture (USDA) excludes genetic alterations that could have occurred through traditionally breeding processes, albeit in a much slower and more laborious fashion.

Other applications have been much more controversial, such as the use of CRISPR to permanently alter the genomes of unborn children in China in the hope of making them immune from infection from HIV, the virus that causes AIDS.  This resulted in jail time for the lead scientist responsible.  Additionally this has also led to further development of a critically important discussion regarding the ethics of human genome editing.  In particular, these events seem to have reinforced consensus among scientists worldwide that producing changes to the human genome that can be passed down to future generations should be completely avoided.

One reason for this proposed limit on making changes to the genome that can be carried forward through reproduction is based upon the potential for unpredictable alterations to the genome when genome editing is employed.  In the context of a person suffering from a debilitating genetic disease, genome modification might be permitted, whereas the same alterations might not be permitted in subsequent generations.

Some recent work has raised questions about the potential risks involved in employing CRISPR including these so-called off-target effects, where other areas of the genome can undergo potentially disastrous damage.  Also, as the bacteria that have been employed as the source for the Cas9 enzymes employed in some CRISPR applications can be human pathogens, it is possible that the immune systems of some people might be primed to fight off the machinery of genome editing, a wrinkle that could significantly hinder proposed medical applications. Of course, as with other conventional therapies like organ transplantation, medications that reduce the function of the immune system could be employed to mitigate this Issue.

Awarding the Nobel Prize to Charpentier and Doudna demonstrates the power and potential of fundamental biological investigation, and confirms that even the most powerful of applications rest upon basic science.  Intellectual property disputes, patent battles, and revenue from pharmaceutical and biotechnology applications are certainly compelling and important aspects of the research and development landscape, but from an academic and scientific point of view, the Nobel Prize provides Charpentier and Doudna the credit their surely deserve.

Rescue Mission takes in 7 million pieces of clothing a year; see how it all gets sorted out (video)

Wed Oct 7 , 2020
Clay, N.Y. — The Rescue Mission Alliance, the charity that operates a chain of thrift shops around Central New York, has a massive job on its hands. People donate 135,000 pieces of used clothing every week at the charity’s eight donation centers, most of which are in prominent shopping centers. […]