Yet another Hong Kong shopping centre has sued children’s clothing chain Chickeeduck over its store display of anti-government protest statues, but the brand’s owner has vowed to keep “speaking out for justice”.

Chickeeduck founder and CEO Herbert Chow Siu-lung on Monday asked that global attention be brought to bear against what he described as “political suppression” aimed at the chain’s “Lady Liberty” display, after a fourth landlord demanded that he remove the statue.

Lawyers for K11 Musea of Hong Kong Island Development, a subsidiary of New World Development, on Friday took legal action against Chickeeduck Retail (Hong Kong), alleging a breach of its tenancy agreement, dated September 5 last year, based on the displays found in the basement store.

Get the latest insights and analysis from our Global Impact newsletter on the big stories originating in China.

© Provided by South China Morning Post
Chickeeduck Group CEO Herbert Chow has defiantly moved the protester displays from one location to another amid pushback from shopping centres. Photo: Winson Wong


The exhibits included a “Lady Liberty” statue depicting a protester holding an umbrella in one hand and a black flag in the other, bearing the word “Hong Kong”. Also present was a black doll wearing gear common among protesters during last year’s social unrest including a yellow helmet, a pair of goggles and a pink respirator.

The landlord is seeking an injunction for the removal of the pieces, and another to restrain the shop from exhibiting “any poster, painting, drawing, placard, sign, signboard, figure, figurine, doll, statue, sculpture, article, artwork and/or other design item or material in any part of premises without prior written approval from the plaintiff”.

It is also demanding damages for the alleged breach of the tenancy agreement, but the High Court filing did not elaborate on the alleged violation or reveal the amount sought.

K11 Musea is the fourth shopping centre to take action against the clothing chain, which currently has nine stores across the city.

The row first entered the spotlight in June, when the management of D-Park shopping centre in Tsuen Wan, also part of the New World conglomerate, demanded Chickeeduck remove its “Lady Liberty” display.

Chow initially vowed to keep the statue, but eventually removed it. He was then asked to vacate the premises within 21 days of the store’s three-year tenancy agreement expiring on June 30.

The display later reappeared at tmtplaza in Tuen Mun, which led to legal action from its landlord, Jade Mate, a subsidiary of Sino Land, alleging a breach of tenancy agreement.


The parties later settled the High Court claim as Chickeeduck moved the statue to New Town Plaza in Sha Tin, only for the management there to also demand its removal, or risk legal action.

The latest application, over the Tsim Sha Tsui display, will be heard by Recorder Eugene Fung Ting-sek SC in the High Court on Wednesday.

Upon being served court papers on Friday, Chickeeduck posted a notice on Facebook inviting shoppers to pay a final visit to the displays.

Chow said K11’s first display was put up on August 2 and there were no complaints until mid-September, when an online user described it as “scary” on Facebook. The issue was then picked up by pro-Beijing paper Wen Wei Po on September 21.

“On the same day, we were asked by the developer to remove the art display,” Chow said in a statement on Monday. “The weirdest part was that all four instances of political suppression targeted the presence of Hong Kong’s ‘Lady Liberty’.”

The outspoken entrepreneur said while the display “seemed to have touched some invisible limits”, support from shoppers over the weekend better reflected mainstream Hong Kong views.

Chow said he would continue to use his stores as a platform to speak up for justice, announcing plans to show news footage highlighting police use of force – targeting teenagers, the elderly, women and children – in six branches on October 1.

“Hopefully (that) will move the police commissioner to give the public a reasonable account,” he said.

There’s more than one way to help new migrants

This article originally appeared on the South China Morning Post (www.scmp.com), the leading news media reporting on China and Asia.

Sun Oct 4 , 2020
– Yvonne Endo came across an upcoming earring line that had apparently copied one of their jewellery designs – The lass approached them via email but they vehemently denied the allegations insisting there were huge differences – However, Endo and her fans had a different view and she decided to […] 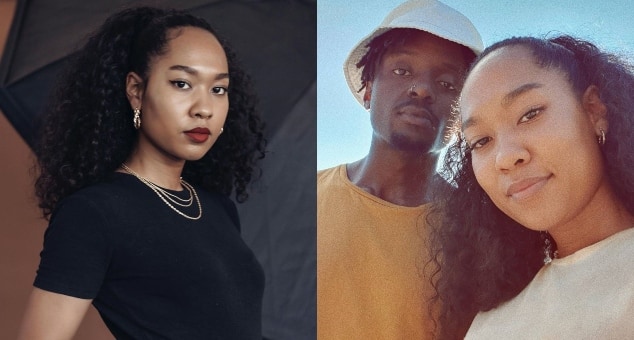