The Hart-Celler Immigration Amendments Act of 1965, enacted 55 years ago this week, struck down the race- and nationality-based quota law. When Lyndon B. Johnson signed the law, he modestly stated, “(T)his bill that we will sign today is not a revolutionary bill.” Yet, the nation’s foreign-born population rose from 9.6 million in 1965 to a record 44.8 million in 2018.


According to the Pew Research Center, new immigrants, their children, and their grandchildren accounted for 55 percent of U.S. population growth from 1965 to 2015. The post-1965 act immigrants were much more diverse racially because immigrants arriving from Africa and Asia increased both in percentages and numbers. Immigrant admissions from the Americas increased in sheer numbers after 1965, particularly the Caribbean and Central America.

In the years that followed, LBJ and the congressional sponsors of the legislation have been roundly criticized for understating how the repeal of the national origin quotas law would alter the racial and ethnic composition of the United States. The bill’s supporters were not unimaginative or misguided. Rather, they minimized the bill because it did not accomplish all that they originally set out to do, particularly in the areas of high-skilled immigration and refugee admissions.

The supporters, of course, knew it would create a more diverse flow of immigrants; ending racial discrimination that favored immigrants from Northern and Western Europe was the objective. When John F. Kennedy served in the Senate, he opined, “(P)erhaps the most blatant piece of discrimination in our nation’s history is the so-called national origins formula,” and he sought its repeal when he became president. In 1964, Sen. Kenneth Keating (R-N.Y.) made clear that immigration reform was not a partisan matter: “There are many men of goodwill on both sides of the aisle who feel that something needs to be done in this area to remove discrimination or injustice from the present immigration laws.”

The supporters of the legislation also knew it would increase future flows, but they estimated that the increases would be modest – about 60,000 to 65,000 annually. Their calculations were based upon prior levels and existing backlogs. It was a “straight line” view of immigration that did not take into account other factors that might accelerate the flow, or other provisions in the legislation that might potentially alter future flows. This simplistic approach led to projections that overstated flows from some parts of the world and understated flows from other parts of the world.

Video: What the 25th Amendment says if the president cannot serve (NBC News)

What the 25th Amendment says if the president cannot serve

In 1962, Sen. Philip Hart (D-Mich.) introduced legislation (S. 3043) with bipartisan support that would have abolished the national origins quota system. The bill would have replaced quotas with per-country caps at 15 percent of the total. Up to 50,000 visas would have been set aside for refugees. The Hart bill also would have added an unlimited number of immigrants if deemed to be urgently needed because of high education, specialized experience and technical training. A noteworthy number of Republican senators signed on as original co-sponsors of Hart’s bill: Prescott Bush (Conn.), Clifford Case (N.J.), Hiram Fong (Hawaii), Jacob Javitts (N.Y.), Kenneth Keating (N.Y.) and Hugh Scott (Pa.).

In his first congressional term in 1924, co-sponsor Rep. Emanuel Celler (D-N.Y.) was among a few members who voted against the Immigration Act of 1924 quotas that barred Asians and restricted annual immigrant admissions from other countries to 2 percent of the number of people from that country who had resided in the United States in the 1890 census. He championed the legislative fight against race- and nationality-based admissions for the next 40 years. Over time, Celler’s legislation to reform immigration became shorter, from 211 pages in 1953 to 18 pages in 1961. By the 1960s, he had sharpened his substantive focus on what he considered most critical: repealing the national origins quota system.

The legislation that became law on Oct. 3, 1965, was much more modest than earlier proposals. The law did not include the original emphasis on high-skilled immigration, nor did it provide for a system of refugee admissions. Advocates for immigration reform had to accept compromises in order to end the national origins system. It would be another 15 years before Congress passed the Refugee Act and 25 years before Congress expanded high-skilled immigration.

The significance of the 1965 act remains its repeal of race- and national origins-based quotas and establishment of per-country ceilings that continue in law today. Equally important, the act provided for unlimited visas for spouses, children and parents of U.S. citizens and other increases in family-based immigration. At the time, the Wall Street Journal concluded that the priority on family reunification “insured that the new immigration pattern would not stray radically from the old one.” As American families grew more diverse, however, our immigration streams did likewise.

Today’s Congress faces many of the same immigration challenges as its predecessors did 55 years ago. In particular, the difficulty of striking a balance among family, economic and humanitarian priorities within a numerically limited system that treats immigrants from around the world fairly continues to vex policymakers. There may be some lessons we can learn from that earlier debate.

Ruth Ellen Wasem is a professor of policy practice at the Lyndon B. Johnson School of Public Affairs, the University of Texas in Austin, and a fellow at the Bipartisan Policy Center. She has testified before Congress about asylum policy, legal immigration trends, human rights and the push-pull forces on unauthorized migration. Follow her on Twitter @rewasem.

Tue Oct 6 , 2020
A Garner, Iowa, woman is hoping to bring more variety of women’s and children’s clothing to Albert Lea with the opening of a new boutique in the strip mall near Walmart. The Funky Zebras was slated to open at the end of September and will be at 2355 Leland Drive, […] 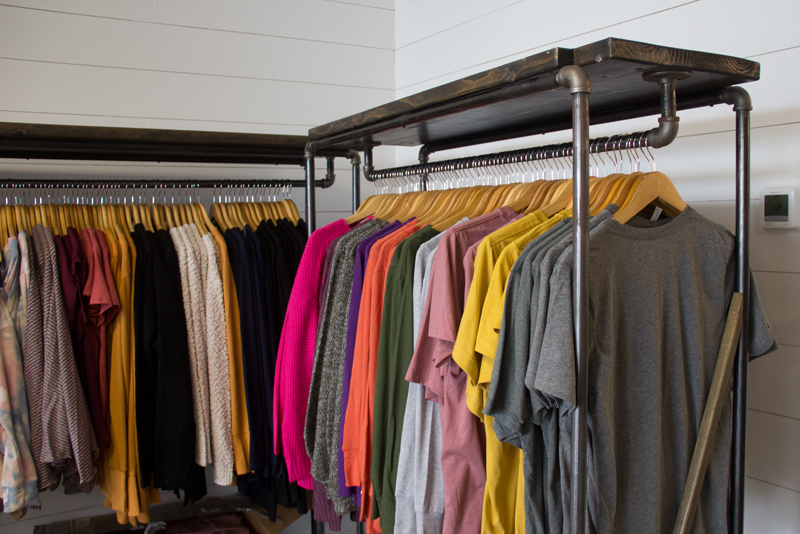