ORLANDO, Florida — Organizers from both parties in the must-win state of Florida recognized the importance of face-to-face interaction electoral politics even as technology makes virtual voter contact easier than ever.

Their messages were amplified with President Trump’s coronavirus diagnosis bringing his rally-driven campaign style to a screeching halt just as Joe Biden’s presidential campaign announced that it would ramp up in-person campaign activities.

Biden’s campaign on Thursday announced plans to launch door-to-door canvassing in the key states of Nevada, Michigan, New Hampshire, and Pennsylvania. For months, due to the coronavirus pandemic, Biden’s team kept voter outreach limited to virtual methods such as text messages and phone calls, even as the Trump campaign started going door to door as early as June.

Meanwhile, Republican organizers who were counting on a spout of voter enthusiasm from Trump’s rallies to mobilize their supporters are processing what his absence from the campaign trail in the final weeks of the presidential campaign will mean for the election.

Charles Hart, chairman of the Orange County Executive Committee in central Florida, told the Washington Examiner that Trump’s diagnosis and the cancellation of his Friday Orlando rally were disappointing.

“We expected to probably see 30,000 people,” Hart said on Friday. The rallies not only give Trump press coverage but provide an opportunity to mobilize voters.

Hart was hopeful that Republican supporters would still turn out for other activities this weekend. The president’s son, Donald Trump Jr., was scheduled to take part in a “Fighters Against Socialism” bus tour stopping in Tampa and Kissimmee on Saturday, and a Trump boat parade is supposed to take place in the evening.

But later on Friday, Trump campaign manager Bill Stepien said in a statement that all campaign activities involving members of the Trump family would be postponed, and others would be evaluated on a case-by-case basis. There is also a risk that news of the president’s positive coronavirus test could make voters more hesitant to participate in in-person activities.

Democrats, meanwhile, are used to getting creative in their methods of harnessing voter enthusiasm in the midst of a global health crisis.

The Biden campaign has encouraged local organizers to arrange “Ridin’ with Biden” caravans of vehicles to show support for the former vice president and Democratic presidential nominee.

A few weeks ago, around 200 cars converged in Republican-leaning Lake County and paraded up to The Villages, a fast-growing retirement community and traditional Republican stronghold.

“My God, the enthusiasm was beyond our expectations,” Nancy Hurlbert, chairwoman of the Lake County Democratic Party, told the Washington Examiner. “We were starved for interaction.”

But while Democrats are cognizant of exercising caution, some local-level organizers felt a need for more in-person activities.

Wes Hodge, chairman of the Orange County Democratic Party, had implemented in-person organizing activities such as door-knocking and phone-banking among county party volunteers willing to do so even as the Democratic National Committee and Biden campaign resisted.

“That came from me realizing, if Trump wins on Nov. 4, can I honestly look at myself and say, ‘I did everything possible?’ And without having our people that are willing to knock on the doors out there knocking on doors, I can’t say, ‘Yes,’” Hodge told the Washington Examiner, explaining his reasoning.

Aside from curtailing his signature campaign style, Trump’s diagnosis is a challenge for him because it puts attention back on the challenges of the coronavirus pandemic — a topic which he avoids and Biden highlights.

“There’s going to be people that try to read into this politically and try to make this into something that it’s not,” said Hart. “It’s something very private and personal that the president’s family is suffering from now.”

Even before Trump tested positive, voters in Orlando told the Washington Examiner that the pandemic and related shutdowns were top of mind when planning their vote — even as Republican Gov. Ron DeSantis moved Florida into the third phase of reopening, with bars and restaurants operating at 100% capacity.

A Disney parks employee named Leah, who would not give her last name, said that she has been furloughed for months and watched Tuesday’s debate with an eye on who the best person is to handle the coronavirus pandemic.

“The bigger issue right now is COVID. The economy, yes, it’s important, but you got to fix the bigger issue first before you go to the other issue,” she told the Washington Examiner on Wednesday, adding that she plans to vote for Biden.

Original Location: Importance of up close and personal campaigning highlighted by Trump diagnosis crisis and Biden ramping up

Tue Oct 6 , 2020
This obituary is part of a series about people who have died in the coronavirus pandemic. Read about others here. Yupadee Kobkulboonsiri made fantastical jewelry — neck cuffs with silver springs ending in pearls that looked like asteroids, necklaces that looped over a shoulder and erupted in diamonds and pearls. […] 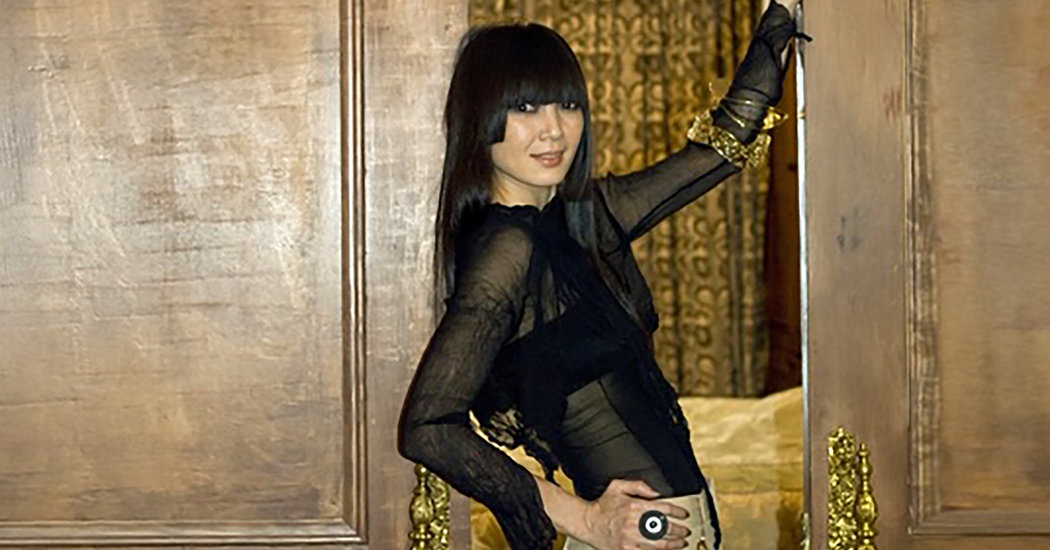