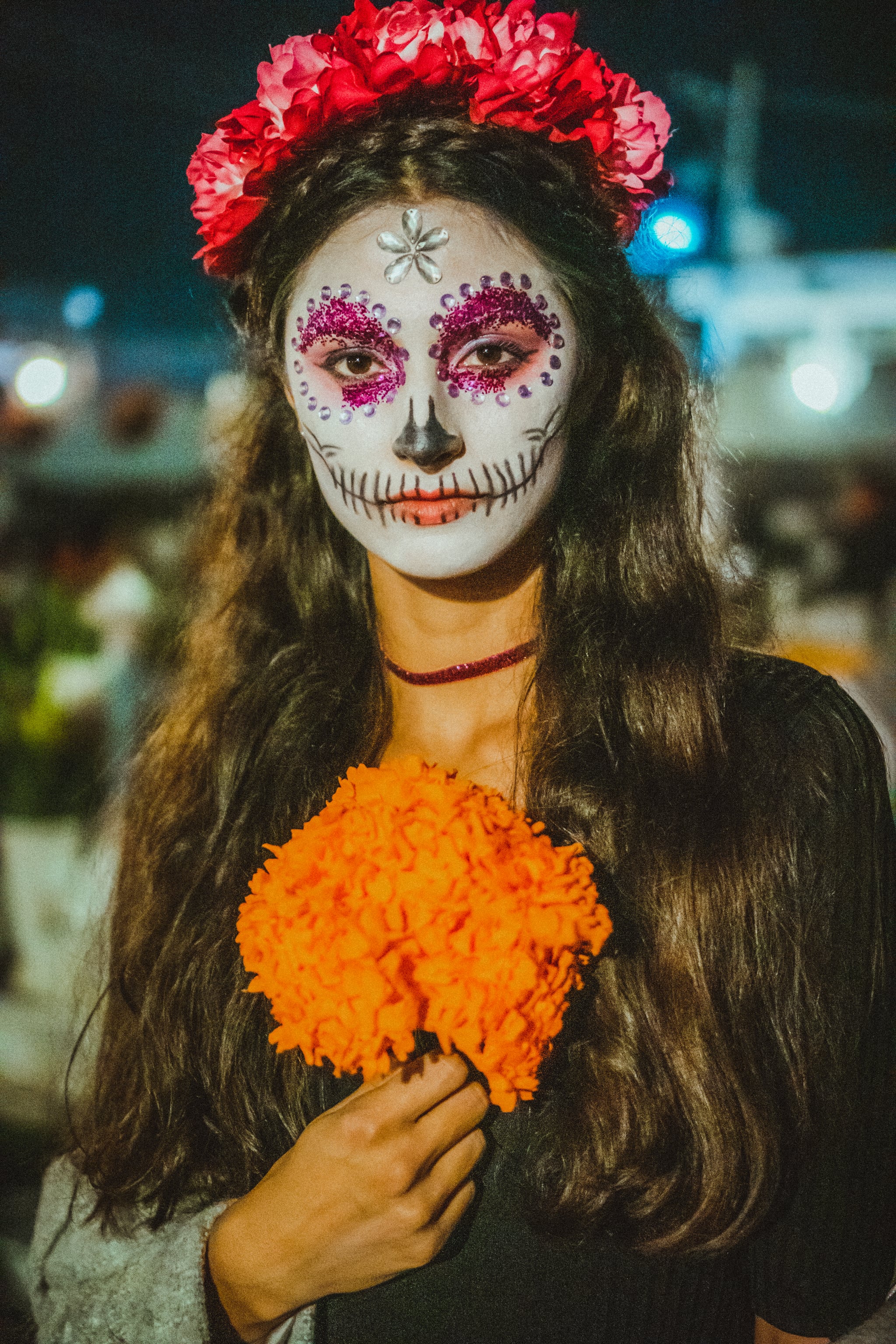 It’s a scenario like so many others in recent years: you’re scrolling through Instagram for Halloween costume inspiration, weaving through hashtags and grids for makeup ideas or hairstyles that stand out in a sea of the same. You spot a celebrity in a beautiful, intricate Día de los Muertos (or Day of the Dead) get-up, their face painted with decorated skulls in the style of La Catrina. Then, you read the comments.

“It’d be great if you didn’t appropriate Mexican culture like this,” one of many people wrote of Ashley Tisdale’s Day of the Dead Halloween look in 2016. Another responded, “Lighten up ppl. It’s a costume.” Of course, it’s not just Tisdale who has sparked debates on the matter across social media. Stars like Kate Hudson and Hilary Duff and countless YouTubers have also stepped out on All Hallows’ Eve wearing what’s often referred to as “sugar skull” makeup, followed by dozens of critics calling it cultural appropriation. But is it?

As a Latinx person who lived in Mexico City during the formative years of my childhood, and who continues to regularly visit the country with deep appreciation for the culture, I’ll admit I was initially confused by the backlash. While Día de los Muertos is in no way related to Halloween — in fact, the two holidays are entirely separate — nor is it solely observed in Mexico, it was one of my favorites to celebrate growing up.

Over the course of three days, from Oct. 31 to Nov. 2, we would paint plates and figurines with bright patterns and shapes, bake delicious pan de muerto (sweet bread), and decorate calaveras de azúcar (sugar skulls) with shiny tissue paper to bring to the altar — all to honor the death of loved ones. Still, for people outside of the culture, not acknowledging the tradition’s origins (which is part-indigenous and part-Catholic), and instead seeing it as nothing but a great Halloween costume, is offensive — but it doesn’t have to be.

“As a makeup artist, I’ve seen the sugar skull makeup trend blow up and fall in the line of appropriation, but I also love seeing people expressing their art and representing my culture,” said Mexican-American makeup artist Valeria Leyva. “Día de los Muertos is more than just painting your face with the shape of a sugar skull; we are honoring our loved ones that have left this earth. We see death as the beginning of another life, so there is a very fine line between appropriation and appreciation. It depends on the way you see it and also how people carry a tradition that’s not originally theirs.”

The biggest point of contention, added Regina Merson, Mexican-American beauty entrepreneur and founder of Reina Rebelde, is the many points of differentiation between Día de los Muertos and any other holiday where dressing in costume is ritualized, like Halloween.

“It is not a holiday about fantasy or horror, but rather something that is meant to be soulful and uplifting and positive,” said Merson. “One of the most offensive things is when people paint a Catrina and make the look intersect with something scary and bloody. That Catrina represents your dead relative, not a comic book character.”

“Once people understand how sacred the holiday is, I invite them to join, participate, and appreciate the culture.”

Instead, sugar skull makeup has a place when done with the right intentions, and with respect and understanding of its significance. That’s also why Merson created three new Reina Rebelde products — a 4 Play Wet Dry Eye Color in Azteca, On Your Face Contour + Color Trio in Coqueta, and Lip Brilliance color in Bomba, dropping at Walmart this month — in honor of the holiday: to celebrate all things beautiful about the tradition.

“Once people understand how sacred the holiday is, I invite them to join, participate, and appreciate the culture,” said Merson. “The makeup you create [in honor of Día de los Muertos] should be beautiful, colorful, and uplifting. You are channeling someone you loved, you are celebrating their life on earth and their soul’s return visit from the afterlife. That feeling of love and respect should inform the makeup.”

Catherine Deneuve's Impact on the Allure of French Style

Fri Oct 9 , 2020
Photo credit: Keystone – Getty Images From Veranda “We write to each other often. I call her ‘Catherine, my sweet,’ and she sends me pale-colored roses.” These are words Yves Saint Laurent once spoke of French actress and cultural icon (also his muse) Catherine Deneuve. Deneuve, who was a regular […]