Las Vegas Justice of the Peace Melanie Tobiasson mounted her defense this week to charges that she interfered with a double murder investigation, calling into question the facts of a long list of allegations against her.

In a 70-page, point-by-point breakdown, lawyers for Tobiasson moved for a dismissal of the ethics charges filed late last month by the Nevada Commission on Judicial Discipline and demanded a public apology.

The commission alleged that Tobiasson used her position as a judge to pressure Metropolitan Police Department detectives to investigate a clothing store where her daughter worked called “Top Knotch,” which Tobiasson believed was a front for an unlicensed club where teens drank, used drugs and engaged in prostitution.

But the judge’s reports went unchecked, and her lawyers, Marc Cook and Thomas Sheets, wrote that leveling charges against Tobiasson for airing her suspicions showed “bias, pompousness, and a complete lack of empathy for a mother in a horribly unenviable situation trying to protect her child.”

After a double murder was linked to the clothing store, Sheriff Joe Lombardo lashed out at his own detectives, according to the response from Tobiasson’s lawyers, who wrote that the sheriff later admitted that an investigative team had “dropped the ball.”

In a meeting with Metro’s top brass, cited in the response, Lombardo reportedly said: “You get information and you did nothing with it, and now we got a murder? You know, I mean, what the hell?”

Asked Tuesday about the sheriff’s comment, a Metro spokesman wrote in an email: “This is an ongoing matter before the Judicial Commission and we will not be discussing.”

‘They’re out of control’

Cook told the Las Vegas Review-Journal that the ethics charges against Tobiasson should be thrown out because of factual and legal errors in the complaint.

The commission filed eight charges against the judge after laying out 16 separate allegations. Her lawyers said the charges were filed in an untimely fashion and “contradict the commission’s own investigative file, interwoven with overreaching extrapolations and spurious personal allegations with no legal or ethical significance.”

As the judicial commission launched an investigation into Tobiasson, homicide detective Jarrod Grimmett was asked whether he thought the judge had “inserted and involved herself” in the investigation into the 2016 slayings of Sydney Land, 21, and Nehemiah “Neo” Kauffman, 20.

He responded “no, not by any means. … Prior to the double murder happening, it’s my understanding she had provided information to our vice unit about the activities she suspected going on at Top Knotch, and nothing was done about it. They basically ignored her.”

While the judge’s lawyers referenced investigative reports that included the statement from Lombardo, those documents have not been made publicly available.

Tobiasson is accused of violating several canons under the state’s Code of Judicial Conduct. The commission claims that she abused “the prestige of judicial office to advance” her personal interests.

Her lawyers argued that the commission showed a “clear and quite convincing complete failure of procedure, purpose and intent.”

The commission’s executive director, Paul Deyhle, did not respond to phone messages Tuesday. Cook said he sent the response to the commission, which had not posted the document on its website.

“A mother asking, and then insisting that police take action against criminals is not only consistent with the judicial canons, it is in keeping with the standards of this community for citizens to report crimes and hold the police department to the appropriate standard to make sure they are investigating crimes,” Cook and Sheets wrote.

Tobiasson’s lawyers went on to write that the charges against her amounted to “significant superfluous and inflammatory allegations that have nothing to do with the sought discipline, and are specifically designed to impugn the reputation of the (judge), her child, her parenting skills, and as a result, damage her reputation in the community and impugn her due process rights.”

At one point, Metro launched its own investigation into the judge, and detectives started tracking Tobiasson’s phone.

While Metro found that the judge had committed no crimes, detectives learned that between July 2017 and December 2017, Tobiasson communicated with or tried to communicate with a man identified as Anthony Danna. The commission referred to Danna as a “known and documented organized crime figure.”

But Tobiasson’s lawyers said a mobster with that name died in 1984.

The commission also alleged that Tobiasson dismissed domestic battery charges against Danna, who later exchanged text messages with the judge while he was fleeing from police in a separate case.

But online court records suggest that prosecutors dropped the charges against Danna. The court’s website indicates that the case was dismissed as “state not proceeding.”

Thu Oct 8 , 2020
After the President Donald Trump’s posed for photographs atop the Truman Balcony in the White House after rushing his return from the Walter Reed Military Medical Center on Monday, October 5, merely 3 days after he got admitted following his COVID-19 diagnosis, people started comparing the president’s act to the […] 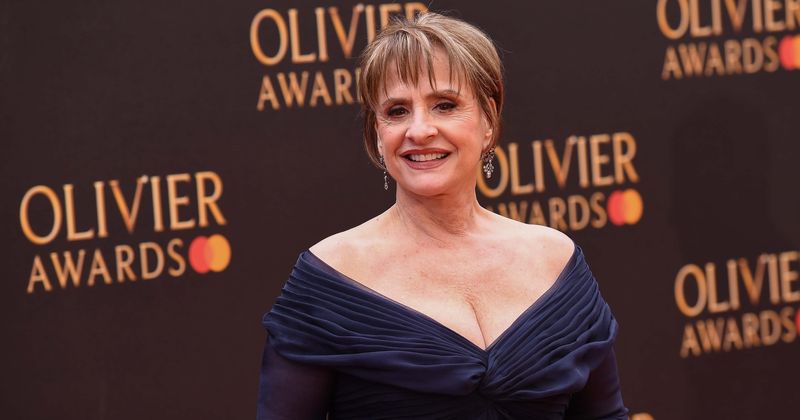