“This is common — we’ve had several cases like this over the years where they come in and take clothing (from donation bins),” said Plainville police Chief James Alfred on Friday after a man was arrested earlier that morning from stealing out of a donation bin. “We believe they’re selling it somewhere,” he said.

PLAINVILLE — A Rhode Island man was arrested early Friday morning after police caught him loading up a U-Haul van with clothing from a donation bin outside an elementary school.

Albertiny Moreira, 22, of Pawtucket, is charged with attempted larceny of clothing, said Police Chief James Alfred on Friday. Moreira was held overnight at the Plainville Police Station and was scheduled to be arraigned on Friday.

“This is common — we’ve had several cases like this over the years where they come in and take clothing (from donation bins),” said Alfred. “We believe they’re selling it somewhere.”

At around 3 a.m., Officer Michael Cuddy was checking the Wood Elementary School parking lot when he observed a U-Haul van parked in front of the clothing donation toward the back of the parking lot, said police in a Facebook post on Friday. The van was parked with its lights off, said Alfred.

Cuddy, approaching the building at 72 Messenger St. with Sgt. James Rockett and Wrentham police Sgt. Dan Morris, noticed a man with several bags of clothing in his hands, said Alfred. The U-Haul van was loaded with bags of clothing, he said, and suspects that not all of it was stolen from just that one elementary school donation box.

When the officer and sergeants asked the man, later identified as Moreira, what he planned to do with that clothing, he said he was going to donate it, said Alfred. But further investigation by Cuddy, Rockett and Morris revealed that Moreira was stealing the bags of clothing and was stacking them in his van.

Alfred said the department has responded to several other similar situations in the past, also usually while in progress in the middle of the night. But none this year — aside from this one incident, he said.

He said larger vehicles are typically used in these thefts to stuff more items inside. But every night, police patrol all the school grounds, which was how Moreira was caught in the act, he said.

“It’s sad because there are people who do need those donations, and if somebody really needed something then the Police Department would help them out and get them what they needed,” he said. “But that’s not what this is.”

According to the Marshfield Mariner in April 2019, Moreira was arrested, along with another Rhode Island man, for stealing out of donation bins at a middle school.

Fifty bags were stuffed in that U-Haul truck, Sgt. Liam Rooney told the newspaper, and said items are often sold at flea markets. Moreira was charged with breaking into a depository, conspiracy and larceny over $250, according to the story.

Lauren Young writes about politics, social issues and covers the town of Franklin. Reach her at 774-804-1499 or [email protected] Follow her on Twitter @laurenatmilford.

Livia Firth | Livia Firth: My personal style is 'quite traditional with a twist'

Sun Oct 11 , 2020
Livia Firth’s personal style is “quite traditional with a twist”. The 51-year-old film producer prefers sustainable fashion choices and her own personal style is a direct result of this, as she likes to re-wear her favourite outfits time and time again. Asked how she would define her personal style, she […] 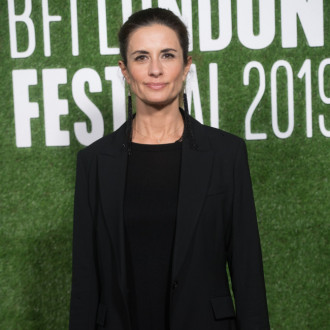