The MIAA’s Tournament Management Committee finally took a big step in shaping how boys’ hockey will look for the statewide tournament that begins in Fall 2021, even though not everyone agrees it is the best solution for the sport.

© Jim Davis/Globe Staff
As part of the MIAA’s realignment for boys’ hockey, Burlington (right) and Hingham (left) would be placed in Division 2, with the opportunity to appeal up to Division 1.


It still is a work in progress just how major of a change it will be.

During a virtual meeting Thursday, the TMC approved the alignment methodology for four sports, including voting overwhelming in favor of proposals for cross-country, indoor track, and boys’ golf.

But as expected, it was boys’ hockey that generated the most discussion. Twice previously this year the TMC rejected proposals from the Ice Hockey Committee, and as recently as Wednesday afternoon subcommittee discussions continued as both sides attempted to come to a consensus that works for the sport and satisfies the Tournament Management’s criteria for alignment plans.

The difference of opinion among TMC members, and those from the Ice Hockey Committee who worked on the plan, was how to align teams in the four new divisions.

The proposal, passed by a 12-4 vote, removes the TMC’s co-operative program factor (up one division), which Westborough athletic director Johanna DiCarlo said “got us very close to where we want to be.”

However, the rest of the process — setting baselines by enrollment, applying factors for private schools (up one division) and vocationals (down two), then balancing the divisions — still would represent quite a shakeup to the boys’ hockey landscape, although there remains a significant step of allowing teams to either opt up or appeal to move down.

Four of the 10 teams selected for the 2020 Super 8 tournament — Burlington, Catholic Memorial, Hingham, and Reading — currently would be in Division 2, while Pope Francis falls into Division 4.

In all, a Globe review of the current “working document” shows 126 of the 194 teams in a different division, pre-appeals/opt-up process.

The Ice Hockey Committee attempted to alleviate some of the concerns by recommending as many as 35 schools be placed in lower divisions for “health and safety reasons,” an adjustment the TMC ultimately didn’t want to make.

“I’m very concerned in ice hockey, and I had the same concerns in football, about not taking health and safety into account,” said Wahconah athletic director Jared Shannon, who was one of the four no votes. “There are a number of schools that are going to go from barely competing in [Division 3 or 3A] to getting chucked into Division 1 or 2, in a sport that is much more dangerous.”

However, other TMC members said the process was designed to align the teams first, then allow them to either opt up (which would be granted automatically) or appeal down. Any school with a TMC factor applied is allowed to appeal, while high-needs schools, enrollment changes and participation trends also can be considered.

“If those schools are not rectified in the appeal, which is what we’re trying to achieve, then I agree 100 percent,” Burlington AD Shaun Hart said. “If a school comes and appeals under the proper factors, and gets moved, that’s how the process should work — the school speaking for itself, rather than someone randomly saying, ‘You need help.’ ”

Wellesley AD John Brown, also on the Ice Hockey Committee, believed more credence should be given to those with “expertise” in the sport, rather than adhering strictly to the criteria.

“I certainly respect the committee here and where we’re at and what we’re trying to do, but we’ve got to use some sense as well,” said Brown, who also was a “no” vote. “If we want to take on 40-50 appeals, you know what, knock yourselves out.”

The TMC agreed that it will be crucial to have strong hockey representation on the appeals committee. Like Brown, Hull AD Scott Paine serves on both the TMC and Ice Hockey Committees, and also is a hockey tournament director.

“I’m putting faith in the appeal process and that it will work,” said Paine, who voted in favor. “The only way it will work properly is that the correct people that hear the appeal, understand the sport of hockey.”

· The TMC voted 16-0 in favor of both the cross-country and indoor track proposals, which were presented by Brookline athletic director Peter Rittenburg and Weston coach John Monz.

Cross-country will have three divisions, with three subsections in each, all based on enrollment. The Division 1 and 2 subsections, as well as Div. 3A, would be heavily filled with Eastern Mass. schools, while Divisions 3B and 3C would be more balanced with Central and West.

The top seven teams and top 10 additional individuals from each subsection will qualify for one of the three state championship meets. Currently cross-country has just two state meet divisions, with six sectional divisions in Eastern Mass.

“We wanted to keep the race sizes in the first weekend, which is currently the sectional weekend, under 200 [runners per subsection],” Rittenburg said.

· Boys’ golf, which was approved 16-0-1, keeps the current three divisions with 272 teams. Divisions 2 and 3 South still will have separate “South Shore” and “Cape Cod” sectionals. The new alignments could move as many as 20 current North/South teams to Central, eight North teams to the South, and 14 Central teams to the West.

The TMC also took some steps to look at the potential for winter tournaments amid the COVID-19 pandemic. TMC members had some concerns about scheduling in February, not knowing if they should be leaving time open for postseason play before the Feb. 21 cutoff.

Assistant director Sherry Bryant said the MIAA is still awaiting updated guidance from the state’s Executive Office of Energy and Environmental Affairs, which likely won’t be available until early November.

“I think as a group, we need to start thinking about how we can have a tournament for the winter,” said Dennis-Yarmouth principal Paul Funk, who also is a member of the MIAA’s COVID-19 Task Force. “If you start the conversation early, you’re going to be better off.”

Fri Oct 2 , 2020
Mortiz Glik’s update on the ‘tennis bracelet’ MORITZ GLIK STUDIO LLC I first met Mortiz Glik in 2004 at Jewelry Week in Las Vegas. I was the senior editor for a luxury national jewelry magazine and Paul Schneider-co-owners with his wife Lauren from Twist and Twistonline.com told me there was a […] 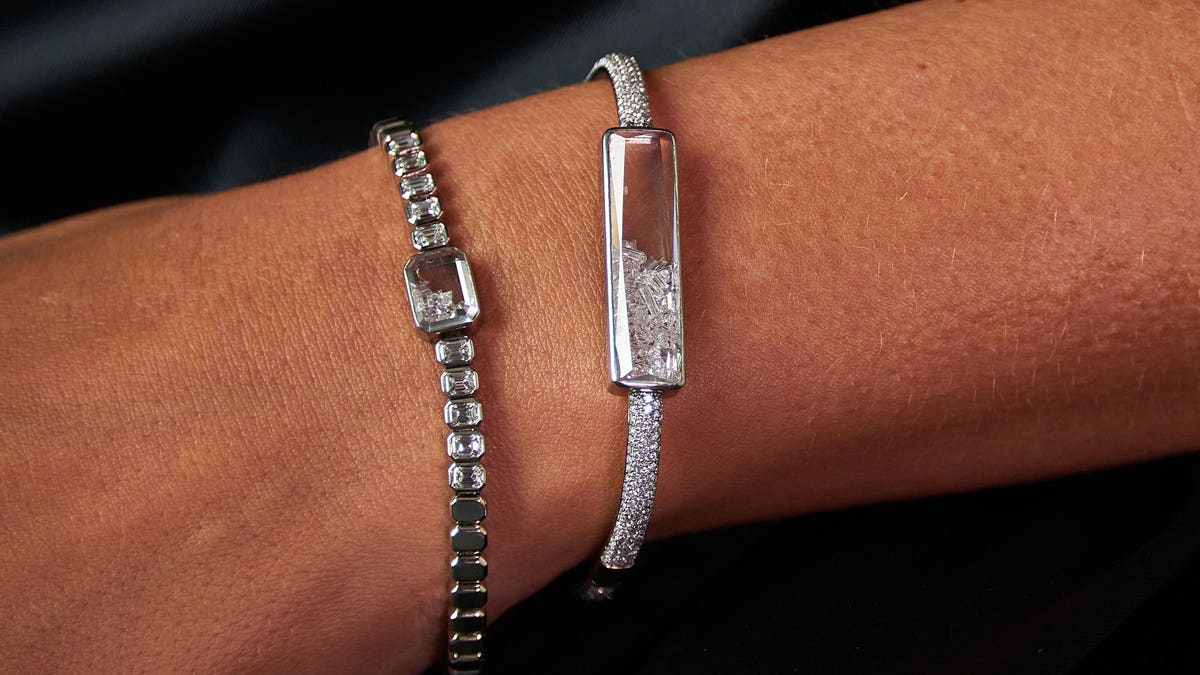