More than 100 sewing machines rattle away at a factory on the outskirts of Kigali, the capital of Rwanda.

A cooperative of 83 of the African nation’s tailors established the company – the Kigali Garment Centre – last year.

Located in an industrial area built on one of the rolling green hills surrounding the city, it was set up in line with the Rwandan government’s strategy of boosting the country’s clothing manufacturing sector.

“We’ve trained 130 youngsters, of whom 97% are female, since the factory launched,” says the firm’s director general and co-founder Jerome Mugabo.

Behind him on the main factory floor, employees, who all seem to be in their teens or 20s, are producing chino trousers.


Rwanda’s efforts to boost its domestic garment industry have seen it fight a lonely, and continuing, trade battle with the US that dates back to 2015.

Back then the six members of the East Africa Community (EAC) block of countries – Burundi, Kenya, Rwanda, South-Sudan, Tanzania, and Uganda – announced that they would all put in place high tariffs on the import of second-hand clothing or “chagua”.

The idea behind the de-facto ban was to stop the importation of large quantities of cheap used clothing, mostly from the US and the UK, which the African nations said were stifling the growth of their nascent garment industries.

The extent of the issue for the six countries was shown by widely reported 2015 figures from the US Agency for International Development (USAID). The USAID said that in that year, the EAC states accounted for almost 13% ($274m; £213m) of the global imports of used clothing.

The study also found that almost two thirds of the combined populations purchased some second-hand clothes.

Keen to hang on to its share of these exports, the US responded that the proposed ban would violate free-trade agreements, and it threatened to remove the EAC countries from the African Growth and Opportunity Act (Agoa).

Enacted back in 2000, this allows 39 sub-Saharan African nations to export thousands of goods duty-free to the US.

After the US’s announcement, all EAC members except for Rwanda backed out. It went on to introduce a tariff of $4 per kilogram on imports of used clothing in 2018. The US responded by putting tariffs of 30% on Rwandan clothing, where there had previously been none.

© Getty Images
When Rwandan President Paul Kagame met US President Donald Trump in 2018, things were said to be frosty


While Rwanda was only exporting about $1.5m of clothing per year to the US at the time, this stopped that overnight, and meant that the African nation could not hope to increase it.

However, Jerome Mugabo say he remains pleased by Rwanda’s decision to go it alone. “It helped us to set up our business, as we get more customers since the ban,” he says.

For years Utexrwa had focused solely on the production of uniforms, for the police, companies and schools. But since the ban on second-hand clothing imports, it has expanded into ordinary clothes, like men’s shirts.


“It really helps that we no longer have to compete with cheap chagua, while we simultaneously witness a quickly growing middle class that will be able to afford “Made in Rwanda” products,” adds Mr Patel.

Yet where there are winners, there are also losers. “Life has become very difficult,” says Rajabu Nzeyimana, who stands behind a wooden market table piled high with second-hand boxer shorts, and a basket full of second-hand socks.

The 42-year old father has sold used clothing for seven years, but since 2018 has been forced to start buying it at a much higher price from traders who smuggle it from the Congolese border town Goma into Rwanda.

“My sales plumped because I had to increase my prices fivefold to be able to make a living,” he says.

Mr Nzeyimana adds that he now struggles to pay his children’s school fees.

© Jeroen van Loon
Rajabu Nzeyimana (left), a seller of imported second-hand clothes, says his life has been made more difficult


The withdrawal of the Agoa trade benefits for apparel also makes Rwanda less attractive as a manufacturing base for international garment producers.

Chinese firm C&H Garment closed its factory in Kigali a few months after the US retaliated. It had exported more than half of its production to the US.

Another Chinese clothing firm with an operation in Rwanda – Hong Kong’s C&D Products – agrees that the stand off with the US is an issue. “It is obviously a problem,” says Maryse Mbonyumutwa, co-owner of its Rwandan subsidiary.

Such Chinese firms are increasingly interested in opening factories in Africa, as the labour costs are much lower than in China. What C&D is now doing is exporting to Europe from its Rwandan factory, while planning to build two manufacturing sites in Tanzania to focus on the US market.

To help the country’s clothing manufacturers, the Rwandan government has removed import taxes on raw materials such as cotton. And new factories get grants and loans.

Some experts, however, doubt if Rwanda will be able to build a competitive clothing industry. While Uganda, Kenya, Tanzania, Ethiopia and Burundi are major cotton producing countries, Rwanda needs to import this raw material, as the tiny state isn’t suitable for major cotton production, being a mountainous and extremely densely populated country.

Water and electricity are also costly, and road transport is extremely bureaucratic and expensive as Rwanda is a landlocked country.

The ban on used clothes also seems to have a totally different – unintended – effect as it pushes Rwandans to start buying cheap, imported new Chinese clothes.

“The government should have waited until the country had build a mature textile industry before banning chagua,” says clothes seller Felicien Maniraguha. He has switched from selling imported used clothes to imported new Chinese ones.

More from the BBC’s series taking an international perspective on trade:

Mr Maniraguha says that local clothing production is still on too small a scale, and that the garments are not fashionable enough.

He contrasts this with the fashionable Chinese-made jeans and floral pint T-shirts that he is currently selling.

“Rwandans prefer clothes that look modern,” he says. “I doubt if the local textile industry will ever be able to produce nice, fashionable clothes that will become more popular than cheap Chinese imports.”

What Your Enneagram Type Says About Your Texting Style, Because They're Totally Connected

Fri Oct 2 , 2020
Not to state the obvious here, but your texting style says a whole lot about your personality — it’s often how you form connections with people you just met or are getting to know, and how you build relationships in between hanging out with the ones you love. With that […] 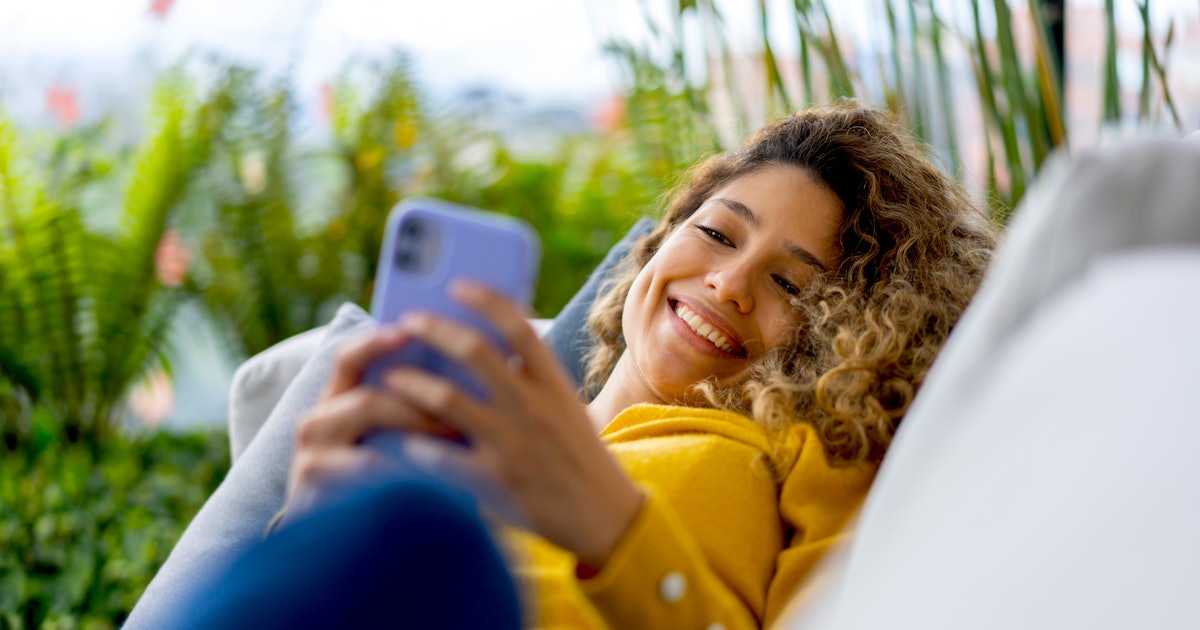