While she only just turned 40, Christine Tjerandsen Bennett is celebrating 20 years in business designing jewelry. She started making jewelry at age 9, at 15 she was selling her creations at a store in New Hampshire, and at 20 she launched her own company.

Today, her eponymous jewelry line can be found at shops in Sonoma as well as a handful of local salons, at a half dozen winery shops and, in a more typical year, at a dozen popup events as well as online at christinebennettjewelry.com.

“As a teen, I sat outside a store in my hometown making jewelry and when I started making real money at it, a store owner said, ‘We’ve gotta have this girl inside,’” said Bennett. “Eventually they built out an area for me to make and sell my jewelry and to do henna and hair wraps.”

Bennett started making jewelry for a second store and found herself being approached by sales reps for Massachusetts, North Carolina and California.

But in 2008, she decided to make a big move. She enrolled in an interior design program at the Academy of Art in San Francisco. She also opened a store on Union Street, but found it difficult to juggle both as the store took off.

She met her husband, Carl, in the city and they were married in Sonoma, where his parents live. When they found they were expecting their first child, they decided to move both her jewelry design business and their life to Sonoma.

“We wanted more space and we love the town,” she said. “It was an easy decision.”

Today, Bennett runs her company out of a home studio on the west side.

She recently transformed her husband’s man cave into a bigger studio.

“It’s now the sparkliest room in the house,” she said with a laugh. Bennett designs and makes every piece of jewelry herself, which along with a small child, limits her production.

But with her 3-year-old daughter at home all day, Bennett manages to still make it work.

“She’s so good — she knows not to go in there if I’m hard at work. When I’m done, she comes in to ‘bling out,’” said Bennett. “She loves to try on everything I make.”

Bennett describes her aesthetic as “feminine, delicate and easy-to-wear pieces you can wear in the shower and keep on all day long.” Her line includes earrings, necklaces, bracelets and rings, in both gold and silver.

“Necklaces are the biggest sellers because they’re such an important focal point on the body,” she said. “But it kind of depends on the month — bracelets have really been picking up now.”

Everyone is gravitating toward gold right now, she says.

“I enjoy working with sterling but gold is just popping right now,” she said. “Layers of gold as well as chunky bracelets and leather. But it changes every day.”

Bennett works in both sterling and 18 karat gold over sterling. Her items range from studs for $15 to necklaces over $100 with most items priced around $40.

Perle and Myriad owner Erica Heald carries an extensive line of Bennett’s jewelry. They connected before Bennett even moved to town.

“We were across the street from Perle talking to a real estate agent,” said Bennett. “We stopped into the store and asked Erica where she got her jewelry. She said she needed a new local line to sell and when she learned I was a jewelry designer, we started chatting and became best friends.”

“People love Christine’s jewelry because it’s handmade locally but it’s her eye for design that captures their attention initially,“ said Heald. ”Her pieces are mostly delicate but they are perfect for everyday wear. Christine takes great pride in the materials she sources and my customers have grown to know and love that about her pieces.“

Down the road, Bennett would love to open her own store in Sonoma.

“That’s my dream when my daughter is in school full time,” she said.

Her husband is “hugely supportive” of her plan but works long hours as a physician assistant at Marin General and at Sequoia Hospital in Redwood City, and battles a long commute.

“I’m like a single parent most of the week running a business out of my house,” she said. “So not yet, but soon.”

Fri Oct 9 , 2020
JACQUELINE Jossa told her fans she’s ‘exhausted’ on her Instagram Stories last night after successfully launching her new fake tan range. The 27-year-old told her 3million followers that she was refusing to wear make-up in the coming days as she recovers from a hectic few weeks. 6 Jacqueline Jossa told […] 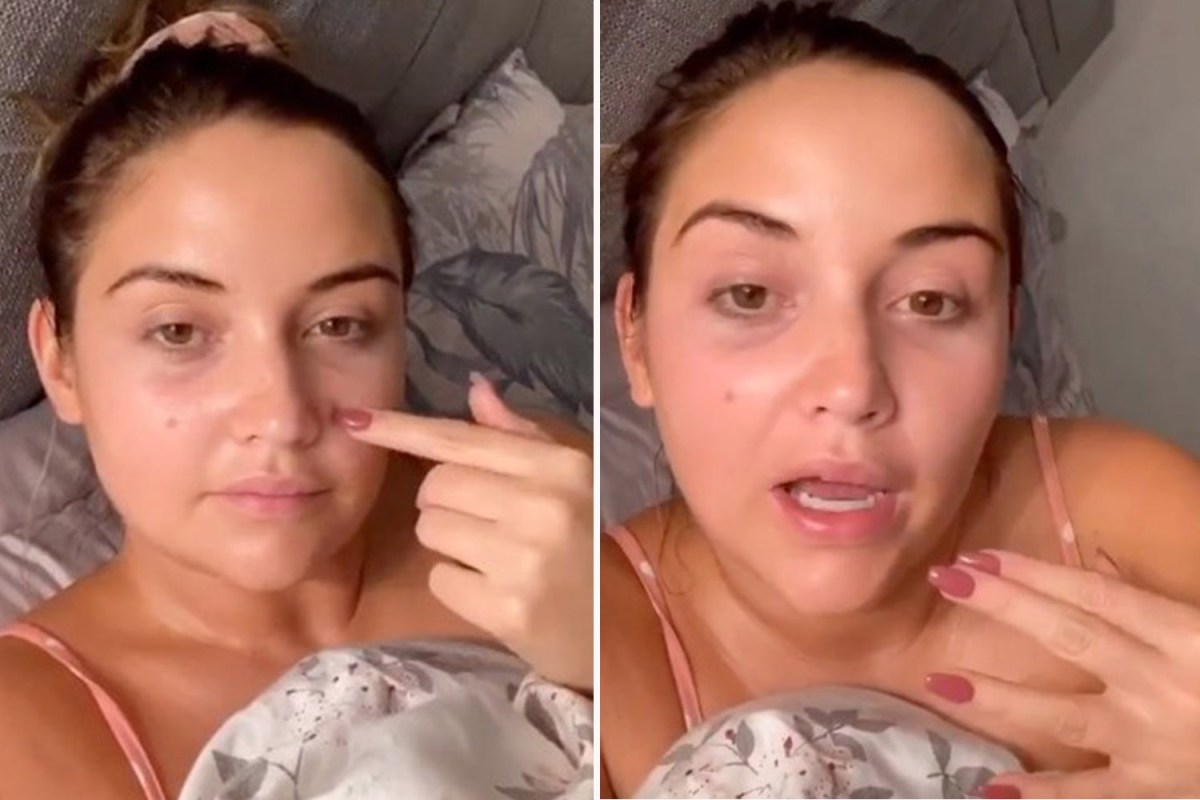