The St. Louis Cardinals are not a good hitting team and they’re not about to become one, but in the fits and starts of short postseason series, it may not turn out to matter that much.

Baseball’s postseason begins on Tuesday — for the Cardinals, Wednesday — with eight three-game sets that exist in place of the typical single Wild Card play-in game.

The playoff field was expanded to 16 teams in 2020 in order to compensate for the randomness of a shortened season as well as in order to squeeze additional television dollars out of the league’s broadcast partners. That setup allows for any one of a series of potentially unpredictable events to become reality.

The path forward for the Cardinals is clear — they must outpitch their opponents and play flawless defense, and they have to scratch and claw to as close to a handful of runs scored in every game as they can. Their regular season record bears this out; the Cardinals were 26-3 in 2020 when they managed to reach the daunting peak of scoring four runs or more in a single game.

The flip side of that warrant for basic offensive competence is, of course, that in exactly half the team’s games, they scored three runs or less. It’s not to be taken for granted that an offense which finished with only three full-time players who were better than league average — Paul Goldschmidt, Brad Miller and Harrison Bader — will be able to reach a per-game run scoring average that 28 of the league’s 30 teams achieved this season.

The Cardinals, in 58 games, just barely cleared that bar, averaging 4.13 runs per game, though 19 of those games were only seven innings long.

Monday’s announcement that the Cardinals would start Kwang Hyun Kim in Game 1 and Adam Wainwright in Game 2 reveals a commitment to the run prevention strategy that is also a concession to the realities of this season. Jack Flaherty is the Cardinals’ most talented starter and their nominal ace, but he struggled at times to find a groove during the interrupted season.

Kim in particular could bedevil the bashing Padres.

As a team, San Diego’s on base percentage dropped 13 points against left handers, and their slugging percentage plunged 41. The Padres struck out in 23 percent of their plate appearances against lefties; against righties, that number fell to 20 percent.

Perhaps the most obvious analog for the Cardinals in this postseason is the last team from the state of Missouri to both reach and win a World Series. The 2015 Kansas City Royals were a turn-back-the-clock bunch which relied on small ball, reliable defense, and a superlative bullpen to dodge the raindrops of October baseball, and did so with San Diego’s current first baseman, Eric Hosmer, as their most reliable offensive threat.

Some of the comparisons to these Cardinals are clear. Kolten Wong, for instance, lines up next to Alcides Escobar as a sterling defensive player in the midst of an underwhelming offensive season, leading off all the same. Paul Goldschmidt casts as Hosmer, a quiet leader who stabilizes the infield defense and is the lineup threat around which the opposition will plan. Yadier Molina was, of course, the model after which Salvador Perez was cast, and can certainly play his role adequately even with the trials of tribulations of age at his back.

The clearest comparison comes in the bullpen. Opponents of the Royals knew in those playoffs that games were essentially five innings long; with twelve outs to get, Kansas City would turn to Kelvin Herrera, Wade Davis and Greg Holland, and the trio did not falter.

The Cardinals have their own “Three Amigos,” as manager Mike Shildt called them Sunday. Giovanny Gallegos has been moved from the closer’s role to an old-school fireman’s spot, putting out blazes as early as the fourth and fifth innings. Behind him are fireballers Génesis Cabrera and Alex Reyes, who endured early summer COVID positivity together and emerged as a nine-out duo at the back end of games who can each deliver diving breaking balls paired with 97-plus-miles-per-hour fastballs directly at the belt buckle.

Those Royals, of course, had supplementary offensive players who helped to carry the freight. Brad Miller isn’t quite Kendrys Morales, Tommy Edman isn’t quite Ben Zobrist, and Dylan Carlson hasn’t yet been quite Alex Gordon — though, certainly, he could exceed that bar in the coming weeks. Kansas City finished the 2015 season seventh in the American League in OPS; the Cardinals in 2020 were 14th, second from last, in the NL.

There may be three weeks remaining in the oddest Cardinals season of all, and there may be only two days. If the calendar is to resemble the longer version, it will not be because the club finally caught the ghosts of bats which they have been fruitlessly chasing through their longest, shortest summer. It will instead be because they turned back the clock to a style of game which best suits them, and which they have very little choice whether to play.

It’s hard to win major league games if you don’t score, after all, unless the other team doesn’t either.

Jeff Jones is a freelance sports writer and member of the Baseball Writers Association of America. He is a frequent contributor to the Belleville News-Democrat, mlb.com and other sports websites.

Thu Oct 1 , 2020
As conditions and technologies change, risk and uncertainty in the workplace continuously evolve.  Occupational safety and health professionals can learn about the latest techniques and implementation strategies to combat risk and better protect workers in a new technical report published by the American Society of Safety Professionals (ASSP). ASSP TR-31010-2020 […] 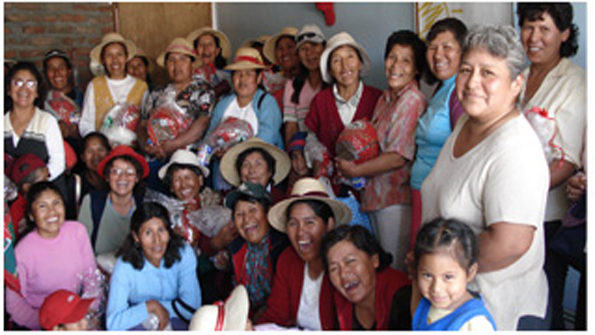