176,500 metric tons of synthetic microfibers—chiefly polyester and nylon—are released every year onto terrestrial environments across the globe, according to a new study in the open access journal PLOS ONE by Jenna Gavigan and colleagues at the University of California at Santa Barbara. The microfibers are shed from clothing during washing, and the amount ending up on land now exceeds the amount that enters waterbodies.

Plastic pollution in the ocean has received lots of attention in recent years, but waterways are not the only place that plastic accumulates. Fourteen percent of all plastic is used to make synthetic fibers, chiefly for clothing. Microfibers, defined as particles less than 5 millimeters in length, are generated in large quantities at every stage of a fiber’s life cycle, especially during washing, which mechanically fragments synthetic fibers. When wash water becomes part of the flow to a wastewater treatment plant, the microfibers it contains may be retained along with biosolid sludge, which may be applied to cropland or buried in landfills.

The data does not represent the total emissions produced from clothing throughout its lifetime—for example, secondhand clothing is not accounted for. However, the authors’ calculations showed that approximately 5.6 million metric tons of synthetic microfibers were released from apparel washing between 1950, the start of widespread use of synthetic fibers, and 2016—half of it in the last 10 years. Just under half of it ended up on land, either on the surface (1.9 million metric tons) or in landfills (0.6 million metric tons). Emissions are growing 12.9% annually, and current annual emissions to land (176.5 thousand metric tons per year) exceed those to waterbodies (167 thousand metric tons per year).

This document is subject to copyright. Apart from any fair dealing for the purpose of private study or research, no
part may be reproduced without the written permission. The content is provided for information purposes only.

Style that comes with sustainability 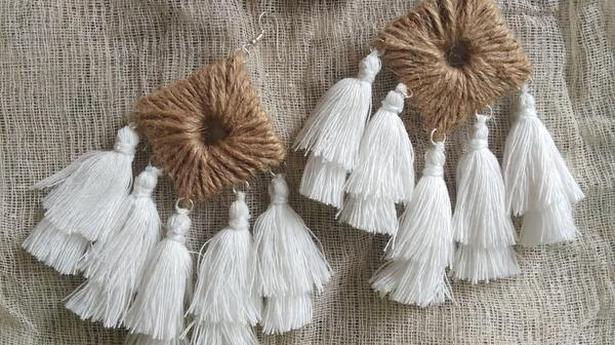