The party must go on: Oktoberfest is muted this year, but the season still tasty. 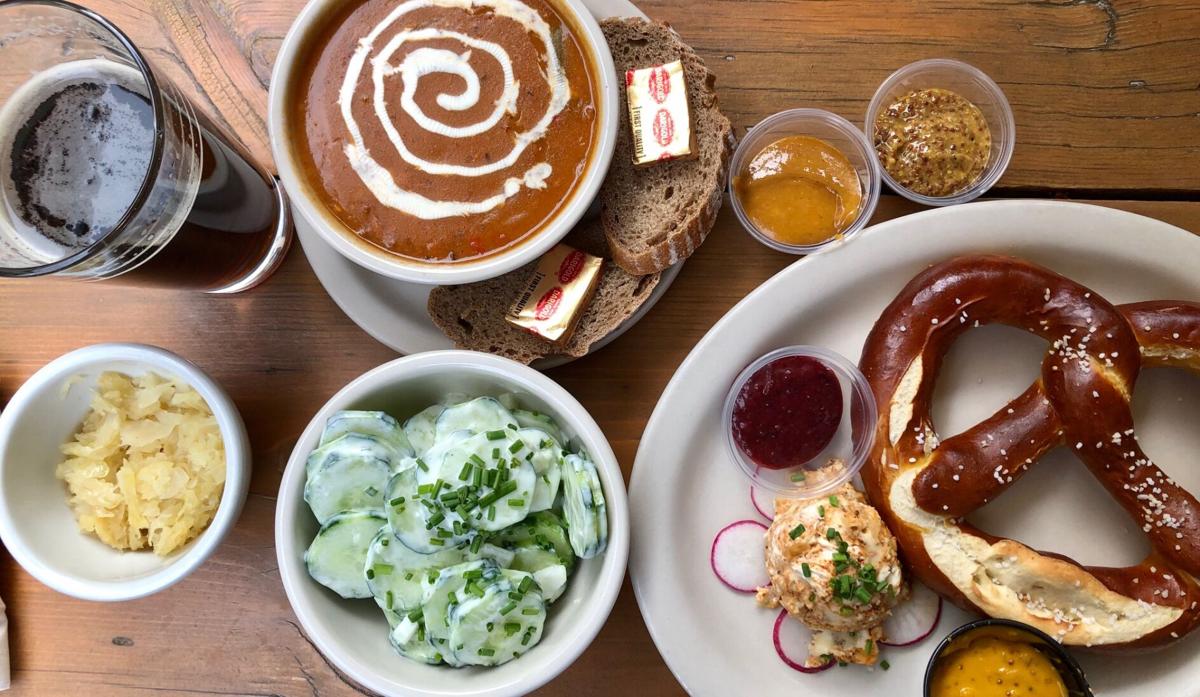 A small-taste dinner at Edelweiss Bistro, clockwise from top: Udo’s Dragon Stew, a house-made Bavarian pretzel with obatzda cheese spread and various mustards, a cucumber salad with yogurt and fresh chives, a taste of the bistro’s house-brined sauerkraut and – cheers! – an Oktoberfest beer. 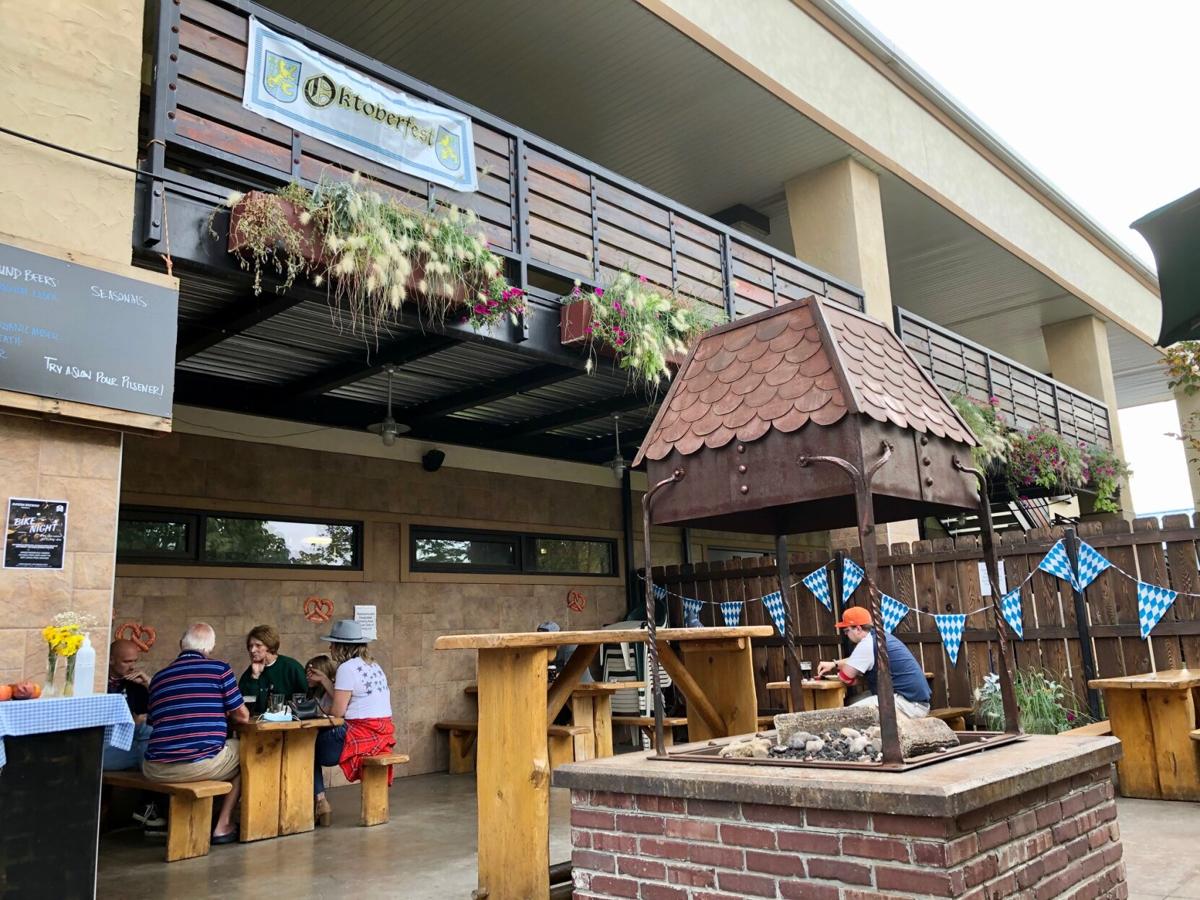 Bayern Brewing’s firepit can take the chill off a fall evening in Missoula. 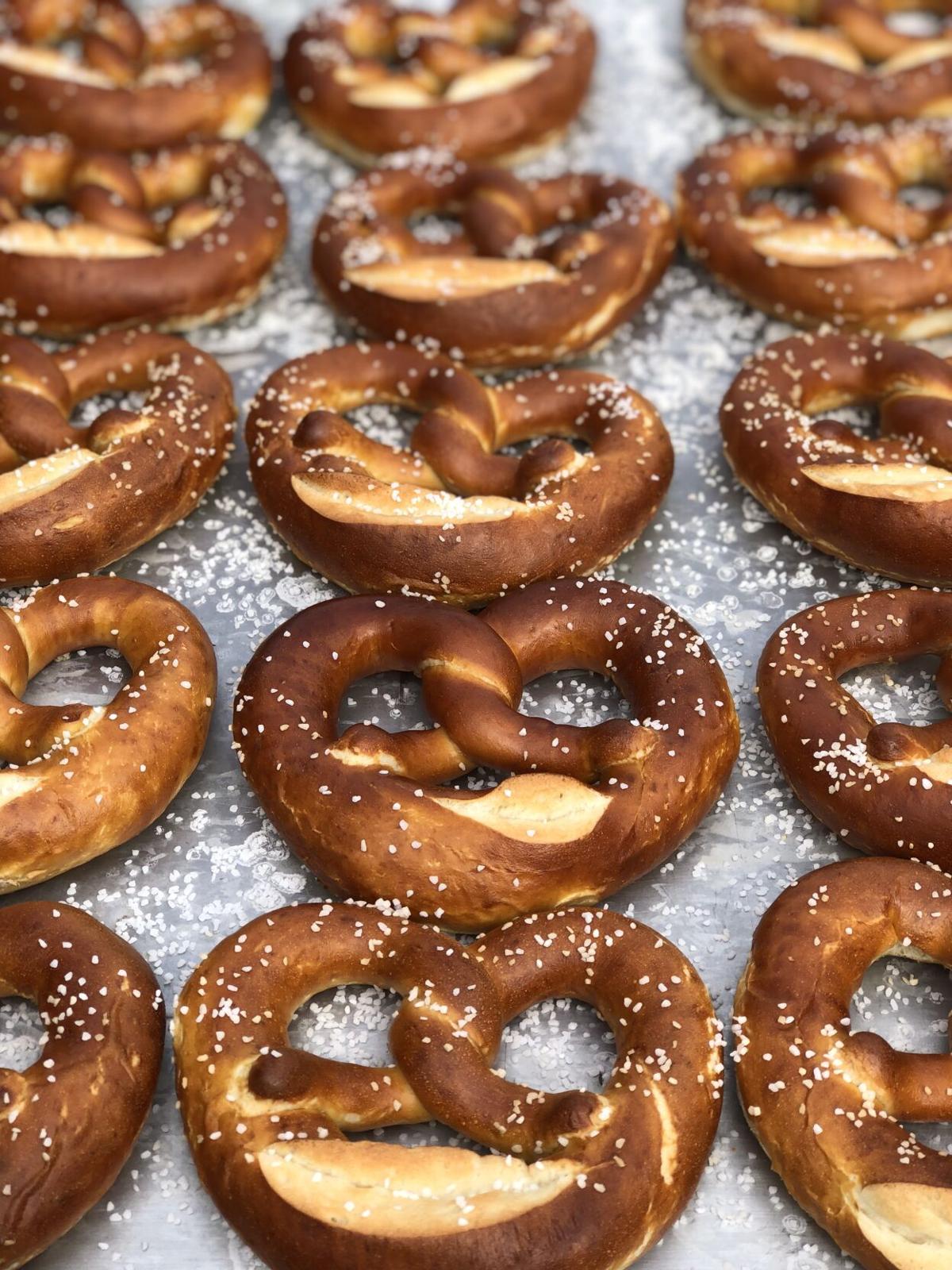 Edelweiss Bistro makes its own pretzels three times a week to keep up with demand.

With large gatherings a no-no this year, the traditional Germanfest in Caras Park had to be canceled, as did big Oktoberfest celebrations elsewhere.

But if you’re in the mood for a beer and brat to make your own fete this fall, consider the Edelweiss Bistro in Missoula, where German food and drink are the year-round stars of the menu.

The bistro just celebrated its fifth anniversary: It opened Sept. 21, 2015, inside Bayern Brewing at 1507 Montana St. The brewing company itself has been around since 1987, so it went a long time without a full-fledged eatery. The opening of the Edelweiss was a big change, said Shawna Chandler, marketing and events manager at Bayern.

“We went from having just the brat in a bun and soft pretzels made by the servers to a full menu and bigger staff,” she said.

“The inspiration behind it was Jurgen’s idea to have Bavarian-style food to go along with his beer. He designed the menu himself and chose things from his hometown that are true German dishes.”

Jurgen, of course, is Jurgen Knoller, Bayern’s owner and brewmaster. He hails from Bavaria, the German state whose main cities are Munich, Nuremberg and Augsburg. Bayern’s beers are brewed according to strict rules set out by the 1516 German Law of Purity. “That means no berries, adjuncts, artificial carbonation, or other strange ingredients are used in the process,” Bayern’s website says. “All you will find in a Bayern beer is malted barley, yeast, hops, and water.”

Ashanti just posted a no makeup selfie and how has she not aged since 2002?

Fri Oct 9 , 2020
I feel like 2020 is the year we all got very acquainted with our makeup-free selves. If anything I get more of a shock when I catch a glimpse of myself wearing makeup, compared to when I’m not. Getting used to see my bare face also means accepting that I’m […]