The cancellation of the season, which was to be the first fully scheduled under Music Director Yannick Nézet-Séguin (whose appointment in 2018 was accelerated after the suspension of James Levine), now stretches the Met’s fiscal trauma over two seasons, with lost box office revenue (including film screenings) adding up to approximately $154 million.

“If we are going to survive, we have to take action,” says the opera’s general manager, Peter Gelb, on the phone from New York. “Part of the action is knowing when to shut down, knowing how to prepare for the future, and to have a purposeful approach.”

The other half of the survival strategy, in the name of extending some hope, was sitting on some of the bad news until it could be balanced with good news: a fully fleshed-out 2021-2022 season that carries some historic weight (and stirs an optimism that feels perilously fragile).

The 2021-2022 season will open with Terence Blanchard’s “Fire Shut Up in My Bones,” featuring a libretto by Kasi Lemmons based on the best-selling memoir by New York Times columnist Charles Blow, which marks the first presentation of an opera by a Black composer in the Met’s 137-year history. While no public date had been announced, “Fire” was originally on the books for the 2023-2024 season.

“Given the enormous amount of social upheaval and change going on in the world today, in America in particular, we felt it was very important that ‘Fire Shut Up in My Bones’ should not only be in this ’21-22 season when we return, but should actually open the season,” Gelb says.

“It is a huge honor, man,” says Blanchard by phone from New Orleans. “It is not lost on me, the significance of it. But I’m not the first that was qualified to have an opera produced at the Met. And I have to live with that. It’s a weird situation to be in. You don’t want to sound ungrateful; I’m very grateful. At the same time, I’m going to try to make sure that this production is the strongest that it can be because I’m standing on the shoulders of those who paved the way for me to be here — that’s not lost on me, either.”

The composer of more than 40 film scores, including an Oscar nomination for Spike Lee’s “BlacKkKlansman,” Blanchard made his first foray into opera in 2013 with “Champion,” based on the live of prizefighter Emile Griffith, with a libretto by Michael Cristofer. In his view, the question of opera’s survival goes beyond addressing the concerns and challenges brought on by the pandemic. The viability of the form and its institutions is inexorably and increasingly tied to issues of representation, and its future relies on an effort to expand its audience.

“I hope that ‘Fire’ plays a role in furthering our commitment to solving a lot of these issues, and creating legislation that can turn our culture around when it comes to police brutality in this country,” he says. “But you know, when ‘Champion’ was performed here in New Orleans, there was a guy who came to the opera, an African American man in his 70s, and he said to me, ‘Man, if this is opera, I would come!’ When we start to see there are other stories to be told from other points of view we can really broaden the audience for opera.”

The just-announced season will also feature two other new operas, the largest number of contemporary premieres since 1928. (The Met typically averages one per season.) “I feel very strongly that when we come back, we have to be more artistically potent than ever,” says Gelb.

In addition to “Fire,” to be co-directed by James Robinson and Camille A. Brown, the Met plans to present a new “Hamlet” by Australian composer Brett Dean, directed by Neil Armfield, as well as its commission of Matthew Aucoin’s “Eurydice,” directed by Mary Zimmerman with a libretto by Sarah Ruhl based on her stage play. “Eurydice” had a pre-Met premiere at Los Angeles Opera, where Aucoin is artist in residence, just days before the shutdowns started. It was already on the books for the 2021-2022 season but, like “Fire,” the pandemic has cast a different light on the project, and on opera at large.

“It’s about confronting loss and the way that there are always more tidal waves of loss coming even after you say the worst has been reached,” says Aucoin by phone from his home in southern Vermont. “There’s an almost Buddhist quality to Sarah’s writing that you see the things that you love about life and then you see them all get washed away. And I think that may cut to the quick in a different way when the piece comes back.”

Meanwhile, the book he’s working on during this forced downtime — “a defense of what I love about this art form” — has adopted a new urgency.

“I’ve felt for a long time that if classical music is going to survive, we have to embrace the intimacy of it rather than the grandeur,” he says. “We’re never going to be able to outdo Broadway or stadium rock concerts or anything in the mainstream of popular culture when it comes to spectacle. But the thing we do the best is presence and intimacy, the feeling of hearing a cello string vibrate or hearing someone’s voice in the room with you. That’s the hardest part of this for me, is that we can’t make that argument anymore, that you have to be there in person, because it’s suddenly impossible.”

Without the cathartic spectacle of opera, says Aucoin, it will fall upon individual artists and institutions alike to discover new ways of achieving both the intimacy and scope of opera as we’ve come to love it. As an experiment toward this end, a couple of times a week the American Modern Opera Company (AMOC), which Aucoin co-founded, participates in the Vital Sounds Initiative which brings unique one-on-one musical performances to hospital patients in isolation.

“Longer term,” he says of opera’s future amid the pandemic, “it’s really scary. Opera is as unsanitary as professional basketball without one millionth of the financial incentive to bring it back in a hurry. We’re all going to have to become advocates.”

In addition to the season’s trio of new works, Simon Stone will make his Met debut directing Donizetti’s “Lucia di Lammermoor”; Bartlett Sher will direct a new “Rigoletto”; Sir David McVicar will direct a “reversible” production of Verdi’s “Don Carlos” (in five acts! and in French!); and for the holidays, an abridged English-language “Cinderella,” adapted from Laurent Pelly’s 2018 production of Massenet’s “Cendrillon,” will run in rotation with a 90-minute version of “The Magic Flute.”

Given the complexities of assembling casts for operatic productions, it will be several years before we see the new Ivo van Hove production of “Dead Man Walking” (featuring Joyce DiDonato in the role of Sister Helen Prejean) that was intended for 2020-2021. Similarly, van Hove’s take on Mozart’s “Don Giovanni,” Simon McBurney’s production of Mozart’s “Die Zauberflöte,” Michael Mayer’s production of Verdi’s “Aida” and Barrie Kosky’s staging of Prokofiev’s “The Fiery Angel” have all been rescheduled for future seasons.

If injecting some hope into opera’s predicament was Gelb’s goal, this purportedly stacked and not-too-distant season is doing the trick. But all of this investment in the future — emotional and financial — makes it hard not to get antsy in your seat, wondering if this overture will ever end.

The shuttering of performances as well as furloughs of performers and stagehands helped save the Met some money and stem losses, and a boosted digital presence in the form of nightly streams, virtual galas and pay-per-view recitals has attracted 30,000 new donors, allowing the company to end the fiscal year in July with a balanced budget.

But with a season clear of performances ahead, the Met is now an organization reliant on donations. It’s disconcerting to say the least, to see the world’s largest performing arts company struggle to keep its balance — in part because it suggests that the rest of the opera world, with far fewer resources, will face far greater challenges.

“We all wanted to just recover and be the New Orleans that we knew of old,” he says, “but that didn’t happen. Businesses were lost. Buildings were lost. We had to make do with this new reality, and the country and the world is going to have to come to terms with this one, too.”

Mon Sep 28 , 2020
Joo Won, Ivy, Choi Jung Won, and Park Joon Myun, the stars of the musical “Ghost,” appeared as guests on the September 23 episode of MBC’s “Radio Star.” Joo Won and Ivy previously worked together on the musical “Ghost” in 2013-2014. Both are returning to reprise their roles in the […] 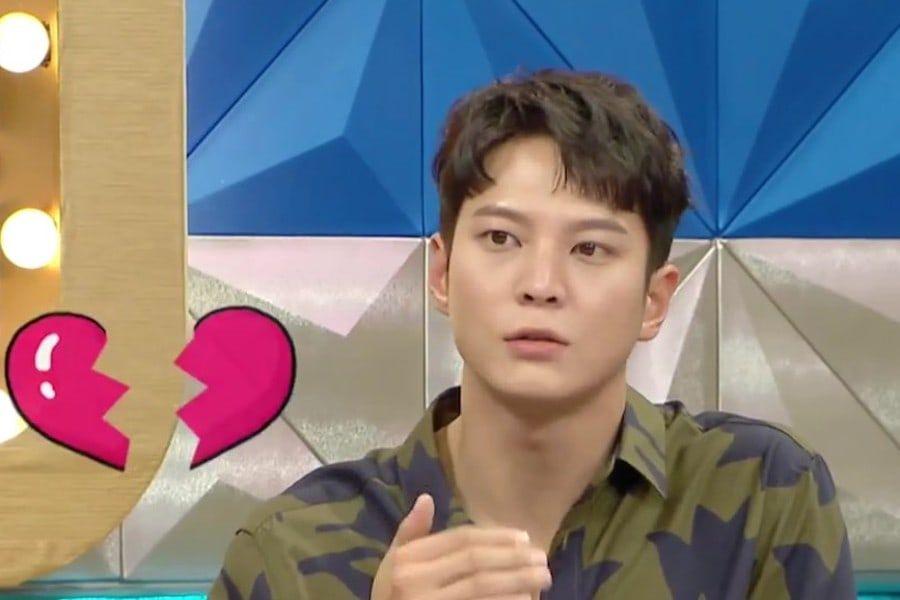