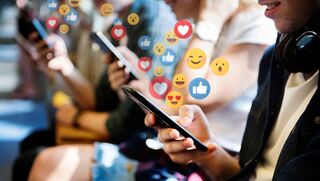 Watching Netflix’s The Social Dilemma was interesting and disturbing. It was interesting to see how it was constructed but disturbing to see that many of the psychological techniques it vilified were used to tell its own story. As a persuasive piece of media, it is very successful: Part documentary, part drama, it hits all the anxiety triggers of the last few years. The content is compelling and frightening—and also one-sided. The issues raised are serious and important, but not new. The call to action is to put down your smartphone and back away, not slowly but post-haste. Not only is that totally unrealistic, but it also leaves people less equipped and more afraid, especially during a pandemic when technology can be a lifeline.

There are a lot of smart people interviewed in The Social Dilemma. Many were part of the crowd that developed the technology and processes they are currently eschewing. Many of the arguments are solid but incomplete. The research is cherry-picked, correlations are presented as causal, and—my personal peccadillo as a psychologist—the word addiction is used liberally without regard for diagnostic criteria. The film does, however, push a lot of emotional buttons and activate a powerful mental model equating social media use with the stigma of “mental illness.” By the time you hear all the experts, you lose sight of where the responsibility should lie and what voices might be missing. You’re firmly in OMG-land.

It’s sort of ironic to be psychologically manipulated by a piece of media warning you about the psychological manipulation of other media. Here are some of the ways The Social Dilemma used your brain to get the job done.

The Power of Story

First, it was a documentary with dramatized narrative segments: It told a story. We were introduced to a family with clearly designated stereotypical roles, such as the poor mother powerless to control her children’s behavior, much less their social media use; the older sister who is clearly the only one who really understands what’s going on; and the younger brother, Ben, the main protagonist, who is used to illustrate a series of social media-related problems of increasing intensity. Their story humanizes the issues in ways the interviews can’t. It creates a journey for us to take and offers characters for us to relate to as it lays out the not-so-subtle signals of pending disaster.

Each episode of the family’s drama is framed by an interview with an authority figure or two—smart, talented, and successful people who were intimately involved in the creation of these technologies and how they work. Using an authority to validate and persuade is a common strategy in marketing communications. From Stanley Milgram’s shock experiments to the present, research shows that individuals change their ideas and actions to align with a perceived authority or someone whose opinion they value. The large group of experts amplifies this influence because not only are they authorities, but there are a lot of them. If we didn’t believe an expert or two at the start of the documentary, the continuous confirmation of the message by so many august personages provides the social proof to validate the information.

The interviews also have a halo effect: Their gravitas adds credibility to the drama. As the film progresses, it’s clear that the drama is not separate, but an enactment of the dangers and dire consequences in the experts’ warnings. Poor Ben can’t go a few days without his phone and, once he gives up the challenge, quickly succumbs to its evils, distancing from friends, losing sleep, and trolling conspiracy videos. Thus, he sinks hopelessly into a filter bubble and ends up at a protest which seethes with anger and potential violence—and, in short order, he and his sister, who came to get him, are forced to their knees by unrelenting police, who didn’t seem to notice that the sister had parked her car in the street right behind them. Other than the unobservant police, it is a compendium of every parents’ fears about social media. If you weren’t anxious already, watching Ben and Cassandra get arrested is enough to get your adrenaline pumping.

Emotions are powerful persuaders. They provide a link between us and the story. If you didn’t care about the story, it would have no persuasive power. People are automatically attracted by high valence and tend toward emotional appeals, whether positive or negative. Emotion also enhances memory. The emotion of fear triggers an instinctive reaction: We are hardwired to pay attention and determine the level of threat to feel safe. The Social Dilemma is a well-constructed and articulately-argued threat.

Probably the cleverest element of persuasion was the translation of algorithms into what appear to be entitled, self-satisfied white male Millennials—a reflection of the Silicon Valley stereotype.  Manning computer terminals, these algorithms discuss almost with relish how to use the various stimuli to ‘activate’ Ben into logging in, sharing, commenting, and interacting on social media. Every time he does, they sell that moment of Ben’s attention to an advertiser. Anthropomorphizing algorithms makes it easy to attribute intentionality to the technology and see it as willfully controlling and manipulative. In this scenario, the algorithms are smug humans, but Ben has had the life taken out of him. He is reduced to a shell of himself (literally) hanging from a meat hook and powerless to do anything to control himself against these villains in a place that harkens directly to images from The Matrix. Get the point?

What Do We Tell the Kids?

Let’s underscore the fact that The Social Dilemma raises legitimate concerns about responsibility, equality, accessibility, and transparency in relation to all of these technologies that deserve attention and action. I just wondered what the end game was for this documentary, given the dire warnings with no viable solutions. Was it about getting views, which is how you monetize any media project, or garnering support for Tristan Harris’ Center for Human Technology? Both are legitimate goals by some calculus. I was just hoping for more balance and some actionable solutions.

A more important question, however, is how to make the best use of what appears to be a mini-phenomenon in spite of the limitations. If you watch The Social Dilemma with your kids, how do you translate those complex arguments into something proactive and positive? (Hint: It’s not locking your kid’s phone in a hermetically sealed jar at dinner.)

It’s important to be thoughtful, aware, proactive, and careful—but not fearful. Fear gets you knee-jerk reactions, not critical thinking. We don’t want to do the technological equivalent of throwing out the baby with the bathwater.

Sat Oct 10 , 2020
Junior Carolina Morales makes earrings. Morales owns a clay jewelry shop on Etsy called NinaMoraShop. A budding hobby was soon transformed into a small business for IU junior Carolina Morales.  Like many other students, Morales was struck hard by the news of campus shutting down in March. She was a […] 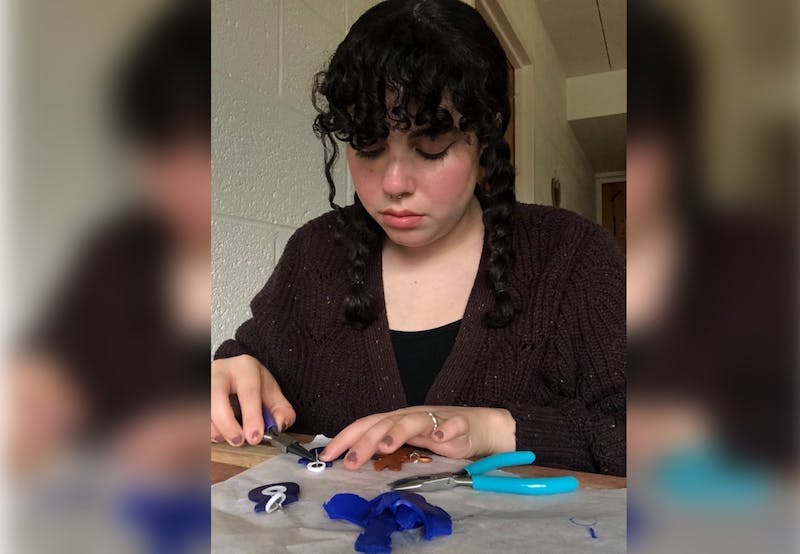