It is astounding that two decades into the 21st century that the same naïve, often disingenuously righteous and outright hypocritical arguments that have been used to discredit gambling for decades are still being trotted out, and not just by folks with strong moral compunctions. Certainly, those people with moral objections to gambling are entitled to their opinions.

Rather, it is the judgment of the influencers and policy makers in our society and governments who are tasked with the responsibility of taking sober, deliberative looks at important issues that has to be questioned. They are required to put aside personal feelings and take positions that are rational and in the best interests of those they claim they’re serving.

Unfortunately, that’s not always the case among some politicians and certain news media.

Among the several states where gambling is on the ballot Nov. 3, Maryland and Nebraska are two of them. In Maryland, where several types of gambling are already part of daily life and even institutionalized (casinos, lottery, horse racing), sports gambling will get a vote. In Nebraska, another state that proudly markets a robust lottery operation, the ballot question has voters deciding on whether to allow casino-style gambling at a half-dozen racetracks.

In Maryland, sports gambling operators DraftKings and FanDuel are mounting a PR campaign to “Vote Yes on Question 2,” the sports gambling referendum, to the tune of a reported $750,000.

So far, no organized opposition has emerged to sports gambling in Maryland as it did when slots gambling was approved by voters in 2008 and when gambling expanded to table games and an additional casino in 2012. However, at Maryland’s largest newspaper, The Baltimore Sun editorial board, consistently a gambling foe, weighed in recently urging voters to note No on Question 2. For the record, the Washington Post is in favor of a Yes vote.

RELATED: Op-Ed: Maryland sports betting could be coming, but will the state take the right approach?

The Baltimore paper’s editorial’s rationale was that — despite exhaustive hearings on sports wagering before the COVID-19 pandemic — the ballot question is bereft of details. As a result, the electorate should wait until the details can be made explicit, according to The Sun editorial. However, it needs to be said that Maryland voters get to make this choice just every two years. The state missed the boat in 2018 when it could have put the question on the ballot contingent on the U.S. Supreme Court’s PASPA ruling (as other states did).

If voters approve Question 2, the Maryland legislature would then decide on the details. But practically speaking, those specifics regarding license eligibility, tax rates and online participation were actually made pretty clear from prior hearings.

However, in following the newspaper’s advice, Maryland voters would be forgoing approximately $20 million a year in tax revenues mostly earmarked for education. Rejecting sports wagering for now would also perpetuate a situation where residents either wager on the black market or travel out of state. That has become increasingly easier since all five contiguous jurisdictions (Pennsylvania, Delaware, West Virginia, the District of Columbia and soon Virginia) have or are about to have sports wagering. In full disclosure, some members of The Sun’s editorial board are former colleagues but their logic here is hazy at best.

On to Nebraska, where an even more disturbing charade has been playing out. There, a number of high-profile politicians, mostly Republicans but joined by the occasional Democrat, are trying to keep casino gaming out of race tracks — where, they might have heard, gambling already takes place.

It’s also worth noting that Nebraska has a full-service lottery, meaning that you’ve got your number draws, your interstate jumbos, your scratch-offs, the works. Nebraska has one lottery game that is shamefully marketed thusly, “This Game is a Square Deal!” Yep, that come-on is from the Nebraska Lottery, which returns to its customers an average of about 60 cents on the dollar.

Some of the worst slots, like the ones that would be in those proposed race track casinos, return no less than 80 cents and many more slots return more than 90 cents. The hold on casino table games is around 2 percent to 6 percent, depending on the game and the bet.

Chief among the politicians making the arguments against the Nebraska casinos is Republican Gov. Pete Ricketts. It took a Nebraska state Supreme Court decision to even put the casino question on the ballot. The anti-casino crowd didn’t even want the voters to have a say. At the time, Ricketts said: “While I respect the judgment of the Court on the gambling initiatives, I urge Nebraskans to keep gambling out of the Good Life when they head to the polls in November.” The Good Life is the Nebraska state brand.

Ricketts’ allies include former Cornhuskers football coach Tom Osborne, who made the outlandish claim wholly without evidence that for every dollar raised from gambling, there are $4 spent on social costs. While that’s a statistic from out of the blue, what is real is that 70% of tax revenue raised from the new gambling would go to offset local property taxes.

However, Ricketts is the prime example of a contradiction. He disclosed several years ago that he’s worth $45 million to $50 million. His family’s fortune was made in the buying and selling of stock and other financial business (no gambling there, right?).

But it gets better. Ricketts’ family owns the Chicago Cubs. He’s been on the baseball team’s board of the directors, stepping down only last year. But considering his family’s continuing control of the Cubs, Gov. Ricketts’ own departure can be construed as a separation of convenience that barely masks the fact that the Cubs just signed a deal with sports betting operator DraftKings with a sportsbook planned for hallowed, ivy-covered Wrigley Field.

So, is there not a deliciously bitter irony in that what’s good for Ricketts’ family and Cubbie fans (meaning gambling) apparently isn’t good for the residents of Nebraska?

Getting past the righteousness coming out of Nebraska political circles and the naivete of a big city newspaper editorial, the facts about legalizing gambling remain. A legal, licensed gaming industry helps undercut a back market, it raises money for worthwhile public purposes, it allows for detection and encourages treatment for disordered behavior and frankly, allowing adults to exercise their own judgement in their choice of entertainment is simply the right thing to do.

Luckily, in Maryland and Nebraska, it won’t be editorial writers and governors who make that decision. It will be the voters.

Thu Oct 8 , 2020
The NFL could announce the makeup date for the Pittsburgh Steelers/Tennessee Titans Week Four game as early as today, according to this tweet from ESPN’s Jeremy Fowler. NFL could decide on Steelers-Titans makeup as early as today, per source. Some people involved in game are bracing for Week 7 as […] 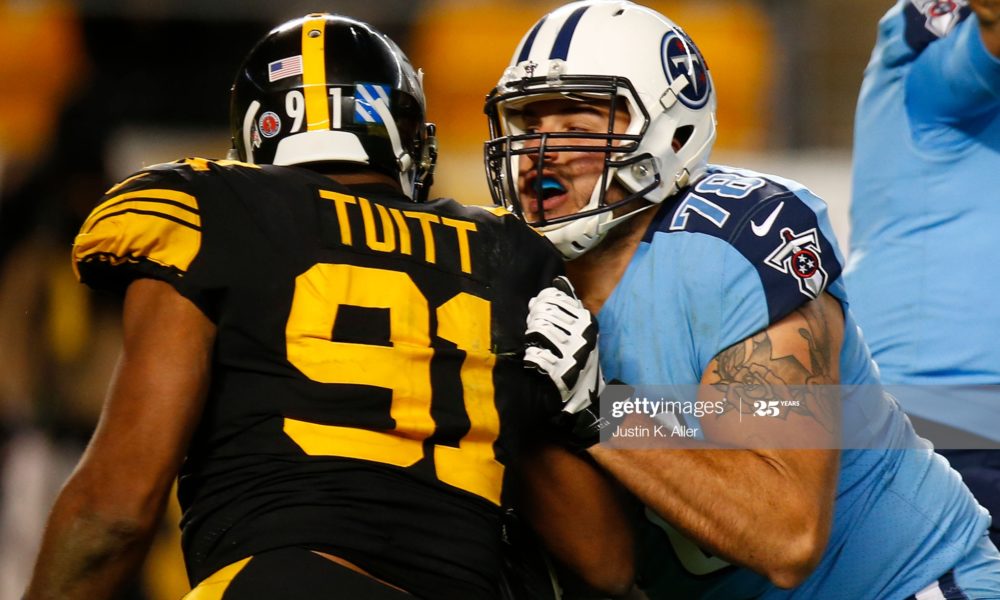