Selena Gomez started acting at seven and has been in the spotlight ever since. While she went on to add singing to her repertoire as well, Selena’s latest venture is a line of makeup called Rare Beauty that includes everything from foundation, to blush, to highlighter, to an oil blotting compact.

If you thought it was just another celebrity makeup line, think again. Selena has been candid about her struggles with mental health and how important mental health awareness is, which is why she decided to give one percent of all product sales–plus funds raised by partners–toward her Rare Impact Fund to support mental health services. She also started the line with the goal of it “being an accessory to compliment what’s beautiful about you,” as she told Vogue. And while she’s definitely picked up a thing or two on makeup after years in makeup chairs, she admitted that it wasn’t until the last few years that she realized how important skincare is. Well, she’s been doing something right because, at 28 years young, she could very well still play a high school teen like she did on her Disney show Wizards of Waverly Place.

Here’s exactly what she does in her beauty routine.

She uses a rich moisturizer.

After cleansing with a “skin soothing foam,” Selena told Vogue that she then applies Tatcha The Dewy Skin Cream. “It’s so thick and yummy that you actually don’t have to use that much of it.”

She never goes to bed with makeup on.

When asked by ELLE in 2016 what the worst beauty advice she ever heard was, she said it was that it’s okay to sleep in your makeup. “I just can’t understand when—and no offense—people have to wear makeup all the time, and they’ll say, ‘Oh, you can sleep with a tinted moisturizer or a self tanner on your face and you can wake up.’ For me, I just think that’s not my vibe, plus I do breakout. For me, I can’t really sleep with things on my body or tinted things just because I get worried. It’s not my vibe.”

She believes skincare is a form of self care.

“When you are taking care of your skin, you’re taking care of your body and your mind and soul, just because I think it’s all connected,” Selena told Vogue. “I noticed when I get stressed or something, I tend to break out more or I don’t, I get lazy with my routine. So I feel like it’s become just a part of it and I just deal with whatever I got that day.” And it seems Selena has shared this sentiment for awhile because she also shared with Into The Gloss back in 2014 that when she doesn’t get a chance to do her morning skincare routine, “it really bums me out. It kind of affects your mood when you don’t take enough time to pamper yourself. When I’m home, I like to wake up at least an hour before I need to just to have coffee and not have makeup on.”

She doesn’t let a breakout get her down.

Selena was asked by ELLE if she has any tricks or ways she troubleshoots pimples for a red carpet event or photoshoot and the actress’ answer was a simple: “Nope because life is life.”

She applies sunscreen every day.

“I like to put sunscreen on because not only is it important to keep your skin looking fresh, but I have lupus. So being in the sun is, you know, kind of difficult for me,” Selena share with Vogue. As WH previously reported, lupus can show up as a butterfly shaped rash after being in the sun. Selena’s SPF of choice: Drunk Elephant Umbra Sheer Physical Daily Defense Broad Spectrum Sunscreen SPF 30.

She believes in the power of makeup.

When referencing her role in the development of Rare Beauty, Selena told Vogue, “I was heavily involved in the entire process because I also care so much about mental health, and I believe it’s a part of your self esteem. It’s a part of how you see yourself and you shouldn’t have to have makeup for you to see yourself that way, but makeup isn’t a joke. It’s actually beautiful and it’s wonderful. And it brings people together. And I have so much respect for that community because it’s just, it really is art.” But she shared with Into The Gloss in 2014 that she also learned from her mom and grandmother “that less is more—you never want to look like you’re caked in anything.”

She applies a mist before foundation.

While Rare is made up of mostly color products, there is one skincare item that made the lineup and that’s the Always An Optimist 4-in-1 Prime + Set Mist. “I use the always optimist spray as it has multiple ingredients to give you that fresh look and have moisture added on,” Selena shared with Allure. Those ingredients include repairing niacinimide, hydrating sodium hyaluronate, and a mix of botanicals to help soothe. “It also smells like a spa—bonus.”

She feels her most beautiful when she’s around the people she loves.

“I think that’s when your guard can be completely let down and it doesn’t matter, you know, how I look, it’s definitely how I feel around those people,” Selena shared at a recent launch event WH attended for the launch of Rare. “My friends aren’t really connected to this world, so they’re very, you know, they’re just so excited about things and they just talk to me like it’s just another day at work. And I think that just makes me feel good.”

Sun Oct 11 , 2020
From Cosmopolitan Putting on makeup may seem simple. You get some foundation, eyeshadow, mascara, and a lip product, slap that on your face, and voilá—your face is beat. But obviously, it takes precision and skill! To put her amateur MUA talents to the test, Barbie Ferreira (our amazing November cover […] 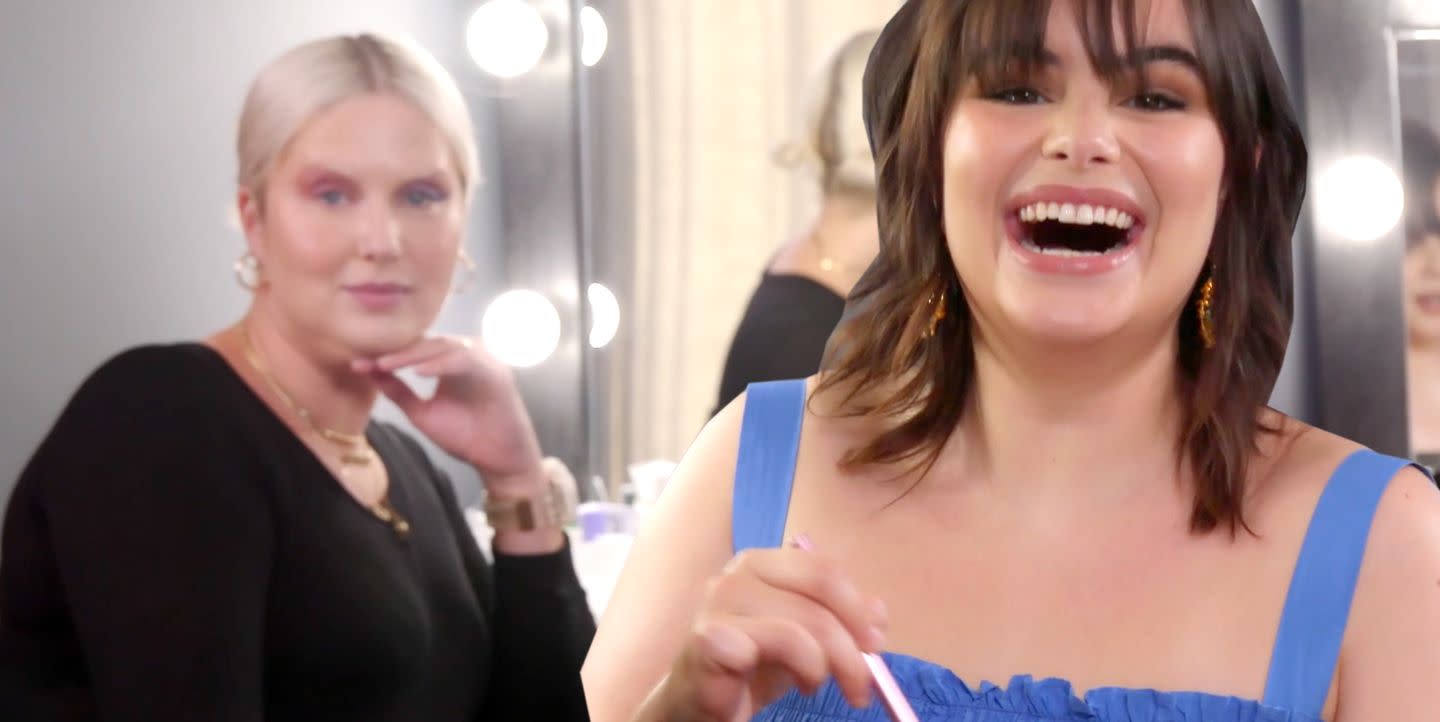